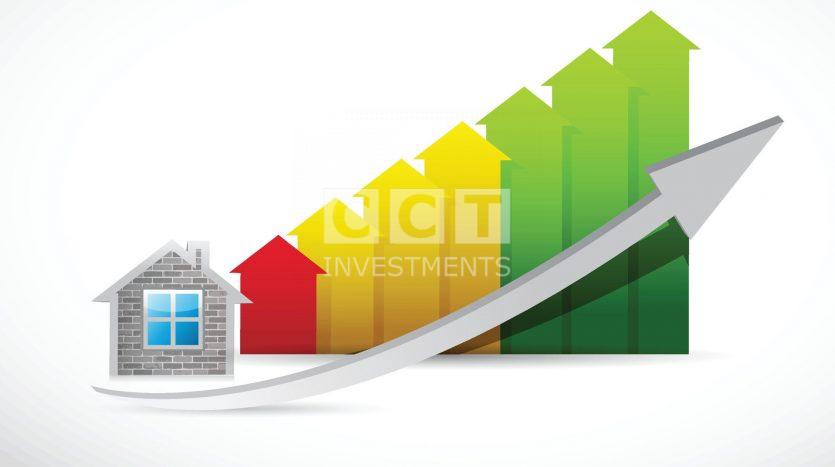 “Property buyers dive in as Turkey’s lira plunges” a title of an article been posted by THE GUARDIAN.

The industry is expected to continue to grow over the forecast period (2019–2022), supported by Rapid urbanization and demographic changes, will lead to substantial growth in the real estate investment industry over the next six years. A report been developed by PWC “Real Estate 2020: Building the future” predicts that the global stock of investable real estate will rise by more than 55% to around $45.3 trillion by 2020, from a 2012 total of $29.0 trillion and will expand again by a similar proportion by 2030.

Let’s dive in and take a brief look at the main factors driving the sector and foreigner demand:

The Third Airport in Istanbul:

The largest airport in Europe opened in October 2018 with an annual capacity of 200 million and the first phase has already started to work, which will serve 90 million passengers a year. The entire airport is expected to become in progress in 2023

It is a Bosphorus-like canal with 45-kilometer-long in European Istanbul, where it connects the Black Sea with the Sea of Marmara. Turkish President Recep Tayyip Erdoğan has agreed to start working on the canal in 2017.

One of the reasons for the establishment of this project is to reduce overcrowding and to avoid the risk of sea tankers in the Bosphorus Strait. The total expected cost of the project is 10 billion US dollars.

Which will link the European side to Asian side, such as the tunnel “Eurasia” but this one will be larger, consisting of three layers, two of them for cars and one for trains.

The huge tunnel project is estimated to cost  3.5 billion $, crossing under the Bosporus Strait, and is expected to reach both sides of the city with two traffic lines for cars and a railway line, so that the transition period will be only 14 minutes.

All areas of Istanbul will be connected to the metro by 2023 and new lines will be added in Bursa and Gaziantep. The Turkish government aims to adopt the iron system throughout Turkey due to its low running costs and the cost of riding it for the citizen.

There is no doubt that Turkey is on the right way to reach the top ten countries in the world, as it has changed significantly in the past 20 years by occupying 16th place in the world economy instead of the 116th position it previously occupied.

The construction of the Istanbul International Finance Center is set for completion in 2016. The project, which began in 2012, will put together a number of key financial institutions under one framework and will provide a shopping center, living areas and a congress center. The cost of the project is around USD 2 billion.

Property investors have been flocking to Turkey since mid of 2018 in a bid to grab houses and apartments that have in some cases dropped 20 % in price, as in August 2018 a dollar bought 4 liras, slumping to 5.2 by end of January 2019. Experts think 2019 will be a stabilization year for the Turkish economy and a year of correction in terms of financial variables which will translated to pure profit for real estate investors.

Economic 101 teach us costumers benefit most when competition surge in any industry; they can get the highest quality with cheapest price possible. Turkey’s real estate sector has proven this in last decade. Given the expected real estate high demand pouring on Turkey, I believe real estate investors will continue to drive the competition further obtaining best deals in the following years.

If you are interested in Turkey real estate investment opportunities and Turkish citizenship application processes, contact us now.