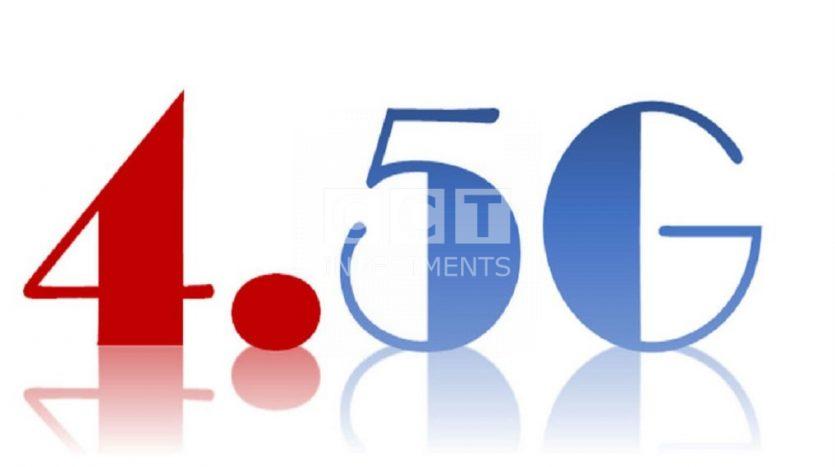 And everyone who have smart devices whether it was a mobile phone or a tablet device, will benefit of new technology while the 4.5 G speed will exceed the speed of fixed Internet lines in homes.

In this article we will try to answer the most important questions that come to the minds of smart devices holders, who wish to move to fourth-generation technology, starting from the price increase, and the amount of consumption and other questions.

How to convert to the fourth generation technology?

To use of fourth-generation technology you need to change the phone SIM card to the 4.5 G technology, and since a period, the phone networks companies were in the process of changing the sim cards from the third generation to the fourth generation and so free of charge.

Are all smart devices support the fourth-generation technology?

Device who support technology the fourth generation is one of the most important criteria for smart devices at the moment, but it must be pointed out that the smart devices that support fourth-generation technology, does not relate to data Mobile network at the same speed, so it is very necessary for those wishing to buy smart devices to pay attention to the maximum speed that smart device’s data, and must draw attention to the speed of the Internet will be affected by pressure on the network, and the distance too.

What settings should I do?

After the replacement of third-generation card to the fourth generation card, one setting remains to do, which is the access to the network option, which will be on the G3 option, and on the day of first April will be 4.5 G option has been made available automatically, is sufficient to switch the option to 4.5 G.

What about the Internet offers, Will use the same packages?

Are the bills’ prices will increase?

The increase in bill prices is one of the most issues that were discussed between the ones who wishes to convert to the new technology, so through 4.5 G technology the internet data will be faster, so there will be an increase in the data used later, in another way the Internet offers that are purchased will see an increase in Price, but mobile phone lines companies aim to reduce bills prices of customers, through the offers that they are working on presenting them.

The first link through 4.5 G technology was between the Turkish President Recep Tayyip Erdogan, who is in Washington, DC, and the Turkish Minister of Transport, Maritime and Communication Binali Yildirim, in Ankara.