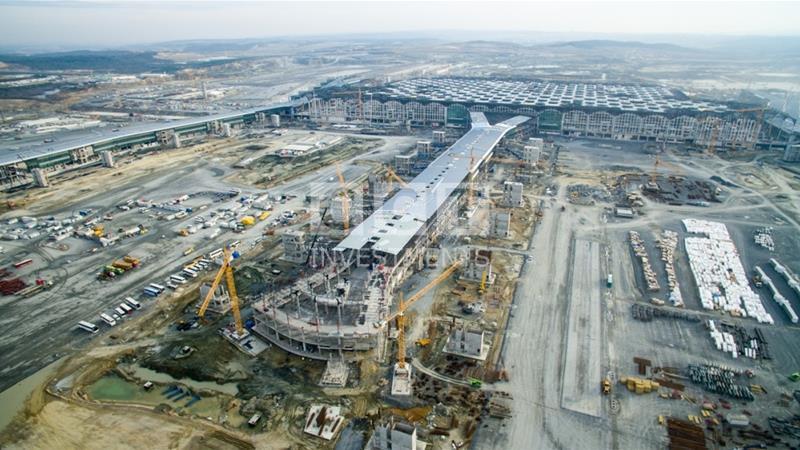 6 Big Projects Will Change the Future of Turkey

Turkey continues to always amaze us by its efforts to keep abreast of the global development in all fields, as it seeks to achieve a record in the number of the projects that it performs annually worldwide to reach its goal of becoming one of the ten most powerful countries in the world on the military, economic and social levels by 2023.

Here are the 6 biggest projects launched by Turkey and will be implemented in 2023:

1- The Third Airport in Istanbul:

The largest airport in Europe opened in October 2018 with an annual capacity of 200 million and the first phase has already started to work, which will serve 90 million passengers a year. The entire airport is expected to become in progress in 2023.

It is a Bosphorus-like canal with 45-kilometer-long in European Istanbul, where it connects the Black Sea with the Sea of Marmara. Turkish President Recep Tayyip Erdoğan has agreed to start working on the canal in 2017.

One of the reasons for the establishment of this project is to reduce overcrowding and to avoid the risk of sea tankers in the Bosphorus Strait. The total expected cost of the project is 10 billion US dollars.

Car parts or structures have always been manufactured in Turkey and other parts of the car have been imported but under the name of European brands, which has led Turkish manufacturers to start the Turkish car project and they will benefit from the expertise of the Turkish engineers in the manufacturing process.

Three new satellites have been added to the service, according to the Turkish Ministry of Communications and Maritime Transport, bringing the total number of satellites to six. These satellites will be launched in succession to cover three continents in the world.

Which will link the European side to Asian side, such as the tunnel “Eurasia” but this one will be larger, consisting of three layers, two of them for cars and one for trains.

The huge tunnel project is estimated to cost  3.5 billion $, crossing under the Bosporus Strait, and is expected to reach both sides of the city with two traffic lines for cars and a railway line, so that the transition period will be only 14 minutes.

All areas of Istanbul will be connected to the metro by 2023 and new lines will be added in Bursa and Gaziantep. The Turkish government aims to adopt the iron system throughout Turkey due to its low running costs and the cost of riding it for the citizen.

There is no doubt that Turkey is on the right way to reach the top ten countries in the world, as it has changed significantly in the past 20 years by occupying 16th place in the world economy instead of the 116th position it previously occupied.