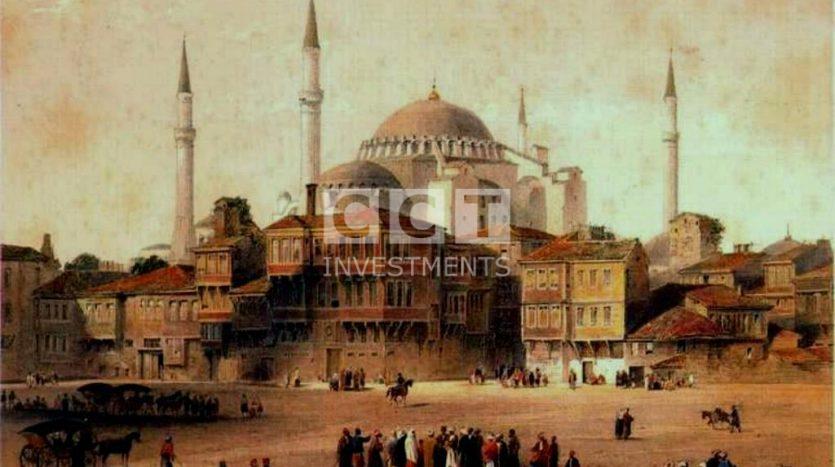 The Ottoman Empire was founded in 1299, and fell down in 1924, this empire ruled for over 800 years, and during those years, its ruling covered many countries in Asia, Africa, and Europe. This long period played a huge role in finding many Ottoman unique traditions, despite it had a great mixtures of cultures in it.

These traditions were followed by many nationals living under the ruling of the Ottoman Empire, even though they have different religions and backgrounds.

The Ottoman rich class made sure to provide charity without making any embarrassments for the poor people, they would go to grocery stores and ask for the debt books, pay most or all of them, without mentioning their names. By this the poor would have their debts payed without knowing who it was, and getting rid of their hard to pay huge debts.

Wife before the Husband

The Ottoman wife would go up the stairs before the husband does, or the husband would go down first in the stairs, in case of any accidents that could happen, making sure she would be safe.

The coffee was served with a glass of water, if the guest drinks the water before the coffee, it would mean he is hungry and they would prepare a nice meal for him, otherwise he is full.

The old before the young

Old people were very much respected in the Ottoman times. This respect was to a degree that if a young person were to cross the road, they would either change their rout or doesn’t pass old people, so no one would say that he is disrespectful.

A yellow flower was put in front of a sick person house, to let the people know the necessity to keep calm, and avoid any disturbances. As for the red flower it was put to point out that a there is a young lady in this house, who is ready to get married, and people can come and ask for her hand, it was very frowned upon to say any bad words also in front of the house, only to respect her emotions.

Looking at a groom’s knees and forehead:

The bride to be parents would look for the groom’s forehead and trousers knee, to make sure there are worship marks at these two points.


One of the most distinguished traditions of the Ottoman people was to make sure to keep visiting each other, among different nationals. The Muslims would visit the Christians in their holidays and vice versa, Christians and others would also make sure they don’t drink or eat in public places during the month of Ramada, out of respect for the Muslim’s feelings.

The Ottoman turban was this distinguished mark to know any person. The turban would change starting from the sultan himself, all the way to the smallest profession inside the Ottoman state borders.