Turkey is the most well-known country that spans two continents. Shared in Europe and Asia, it boasts some of the world’s most magnificent cities and landscapes, such as white sand beaches and very high mountains. It is a stunningly beautiful country for those who visit it for the first time and away from the stereotype of kebabs, rugs and bazaars, a new world unfolds, another culture.

Greece from the other side is known for its ancient ruins, whitewashed villages, beautiful beaches, mediterranean cuisine etc. On the many scattered islands you can an amazing beauty surrounding the Grecian peninsula which share of stunning landscapes, nightlife scenes and cultural and historic places.

Turkey has a temperate Mediterranean climate with warm, dry summers and mild, humid winters, although the country generally receives a small amount of rain. Summertime in Turkey can be extremely hot, with temperatures exceeding 30 degrees. The summer season runs from June to August, with the winter from December to February. Its climate is similar to Greece’s climate. The upper part of Greece can be very cold during the winter and snow is not uncommon. However, for the south of Greece and the islands, the winters will be milder. There is a strong northern wind called the “Meltemi” which usually sweeps through the east coast of Greece during July and August, and this offers a welcome relief to the heat.

The most preferred type of residence by Turkish people is 3 + 1 houses with a rate of 66%. Among the housing types, the preference rate of 2 + 1s is 13%, the preference rate of homes of 4 + 1 and above size is 12%, while 8% of people want to buy a house with a villa or detached garden. In recent years built a lot of 1 + 1 apartments is to remain at 1 percent of terci small proportion of housing types in Turkey still reinforces the opinion was not adopted. One of the most striking results of the research is that the 1 + 1s, which are shown as a good investment tool by the developer companies, are not seen as a good investment tool by the Turkish people. while stating that there are houses, the rate of those who say “1 + 1 houses are the best for investment” remained at only 7%.

Properties over 30 years old refurbished and in good condition, up to 90 square meters are mostly preferred by real estate buyers in the Greek territory according to the nationwide survey of RE / MAX, the largest real estate network in Greece. Across the country, approximately 88% of the properties sold were residential (apartments & detached houses / maisonettes), while land and commercial real estate accounted for 5% and 7% respectively.

Regarding the preference of the buyers depending on the age of the property, it is clear from the RE / MAX Greece data that the trend of previous years is continuing, as old houses (over five years old) were preferred over Greece (98%) over new & new ones. (up to five years) which accounted for only 2% of the purchasing interest.

But let’s see some differences between Turkish Properties and Greek Properties:

Security is one of the most important thing in human life according to the pyramid of Abraham Maslow (American psychologist) especially in large cities. Participants in the Housing Purchase Trends Survey in Turkey and in Greece think that the most suitable residences for living / living are apartments or safe sites in the city center.  Istanbul is one of the biggest cities in the world this makes the choice of the choosing the correct area almost impossible without a real estate broker. In Turkey transportation is a part of the life of all its inhabitants as we all know the big problems of traffic hours in Istanbul. So when someone wants to buy a property in Turkey the first things that he is considering is transportation lines.The metro line, the Metrobus line and the bus lines are the most important means of transport for Istanbul that make our lives more easier. In other hand in Greece and especially in Athens there is not metro and bus lines everywhere. So most of the people who want to buy a property in Greece choose center areas. 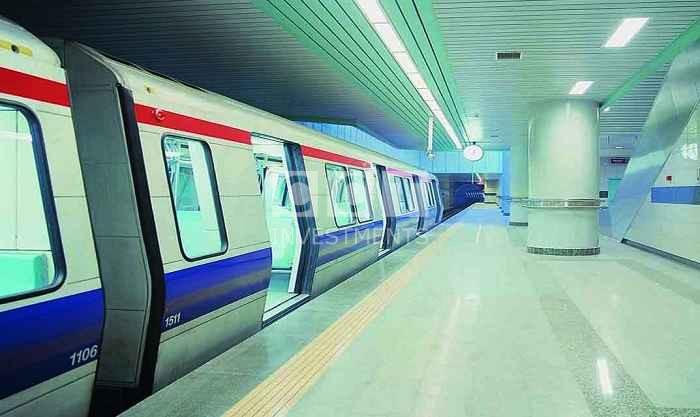 Most Greek houses consist of a huge space that includes the kitchen and the living room of the apartment. Kitchens are usually small and convenient. A large single space that includes the kitchen, dining room and living room offers flexibility, practicality while at the same time showing the home bigger and brighter. This is a trend that has become synonymous with modern life, as it has become increasingly popular in recent years. On the other side of the Aegean, however, the kitchens of the Turkish houses are large indoors-rooms. 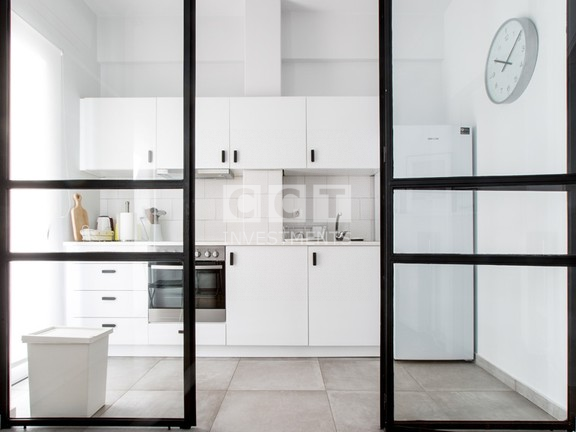 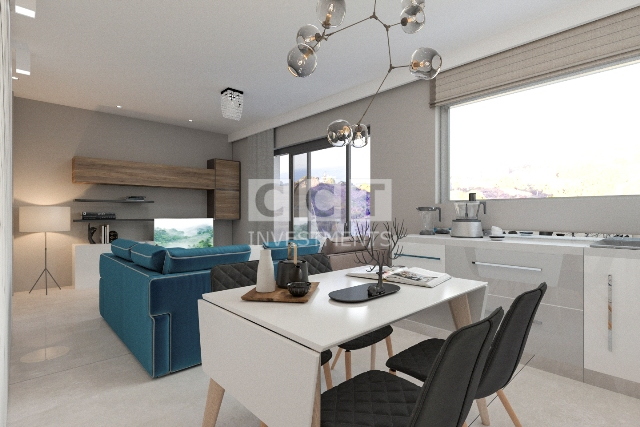 The living room of a Greek house and the kitchen as mentioned above is in a single room. However, decorating such a space is a challenge since you have to create “zones” that will be clearly visible without walls. For example, a table or an islet usually forms a natural border between the kitchen and the dining/living room so that one space automatically becomes two beautifully. Most try to exploit the partitions of these spaces in order to create extra spaces. You cannot face a problem like that in the Turkish home as the living rooms are large gathering spaces for the whole family. 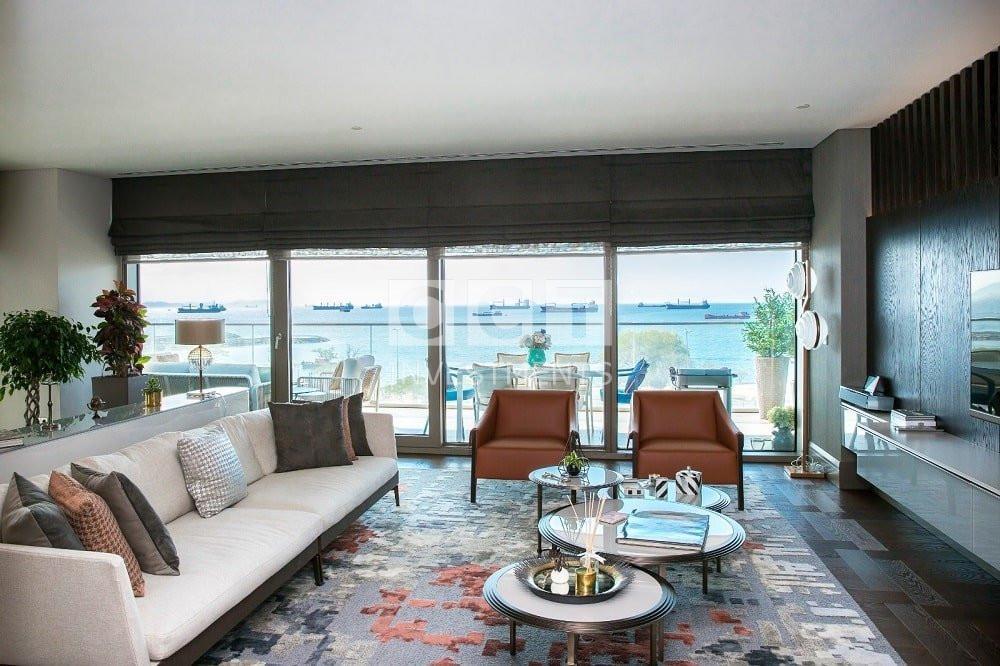 The bathrooms of both Greek and Turkish houses do not differ much in decoration. A small difference could be said are the floor tiles and the rest of the bathroom walls sometimes being different looking for a different pattern. A small difference between the Greek and Turkish baths is a small basin for cleaning. Bides were a staple toilet accessory until the 1980s, but due to lack of space in urban centers, bides were removed from most apartments. Turkish houses usually consist of two bathrooms, one large and one small. The large bathroom is usually used for personal use by the family. The small bathroom is used by family guests. 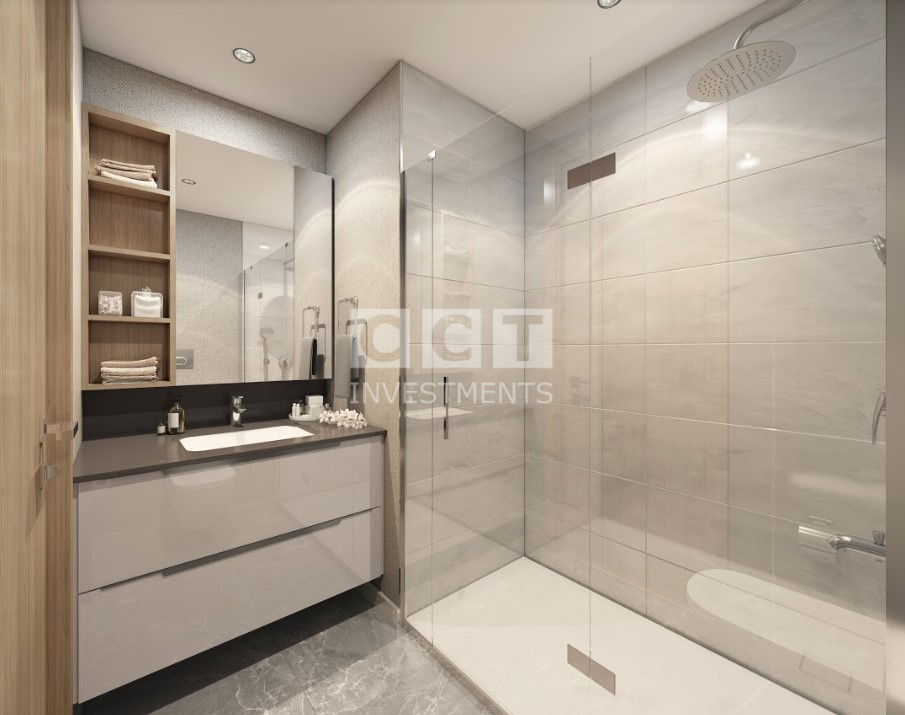 The decoration style of Greek houses usually is a minimal and Mediterranean style. From the other side, Turkish houses and their decoration style concludes colourful furnitures and walls and more luxury decoration. 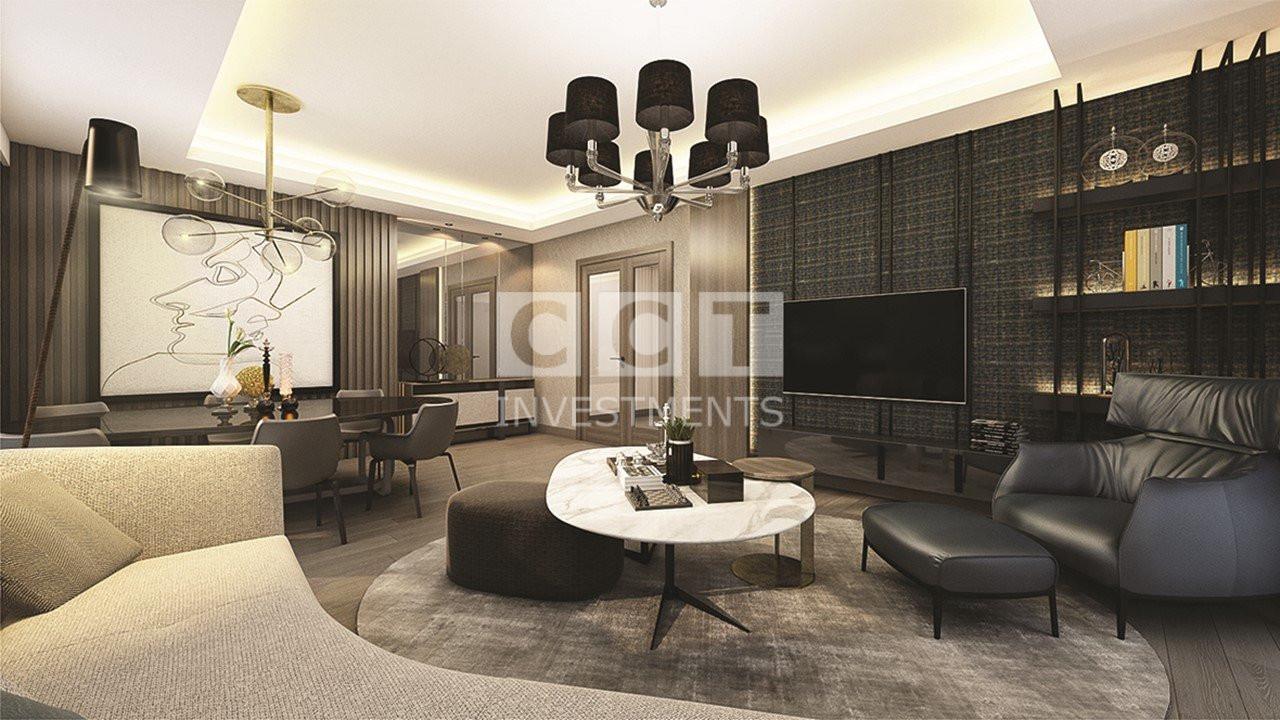 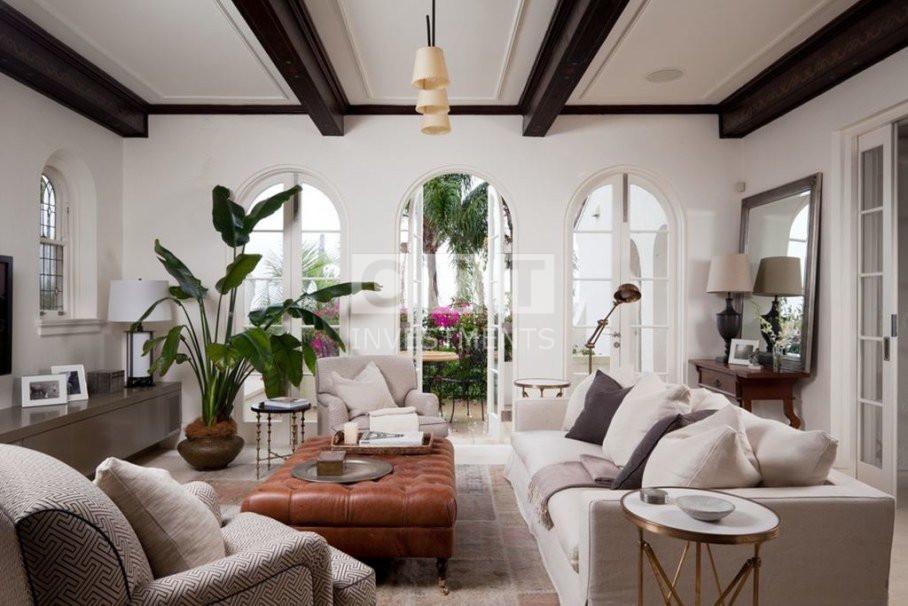 A number of parameters, explored by RE/MAX, shape the image of the ideal property and at the same time highlight the conditions that determine the choice when buying or renting it. 70% of respondents indicated that the ideal home should have a balcony or a garden. Most homes in Greece feature large balconies, summer gathering areas and barbecues throughout the year. The need for a balcony is not so often observed in Turkey. 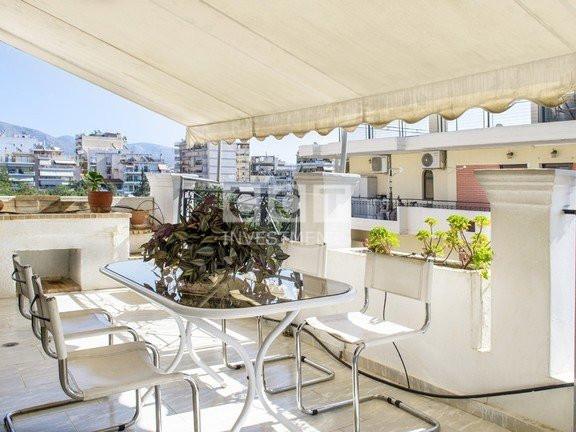 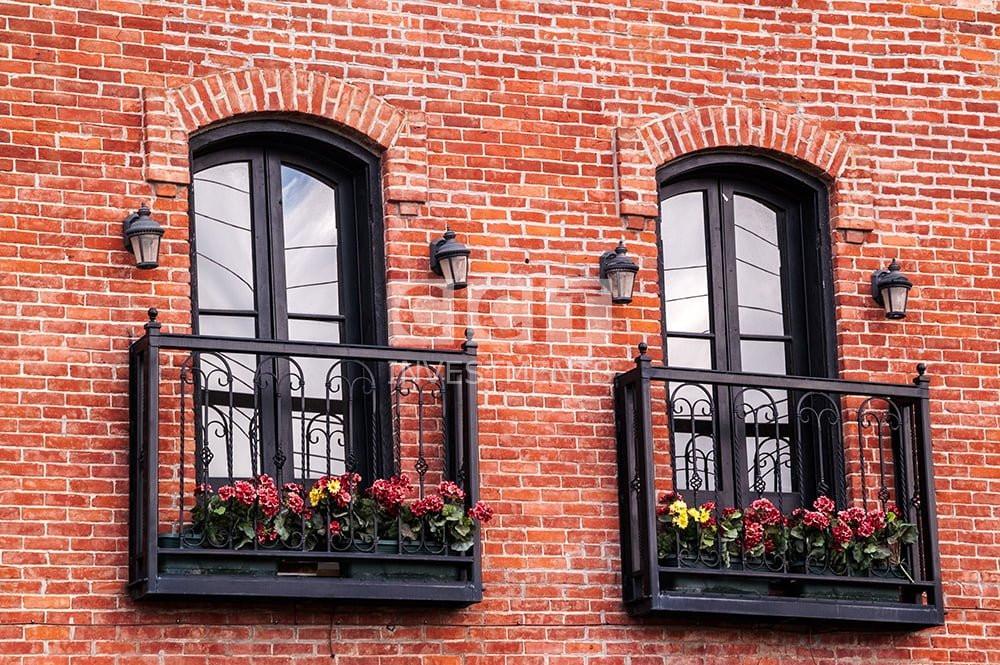 For a Greek it is a must to have a good shutter system at home. Exterior window shutters come in four basic types: paneled, louvered, board and batton (sometimes called BnB) and Bermuda. They are available in a variety of materials including MDF (medium density fiber), vinyl, synthetic foam, faux wood and wood. Basswood is the most popular wood for shutters. In Greece the material that they use for shutters is usually aluminum in order to make more safe window frames. In the other side, it is difficult to find properties in Turkey with shutters. 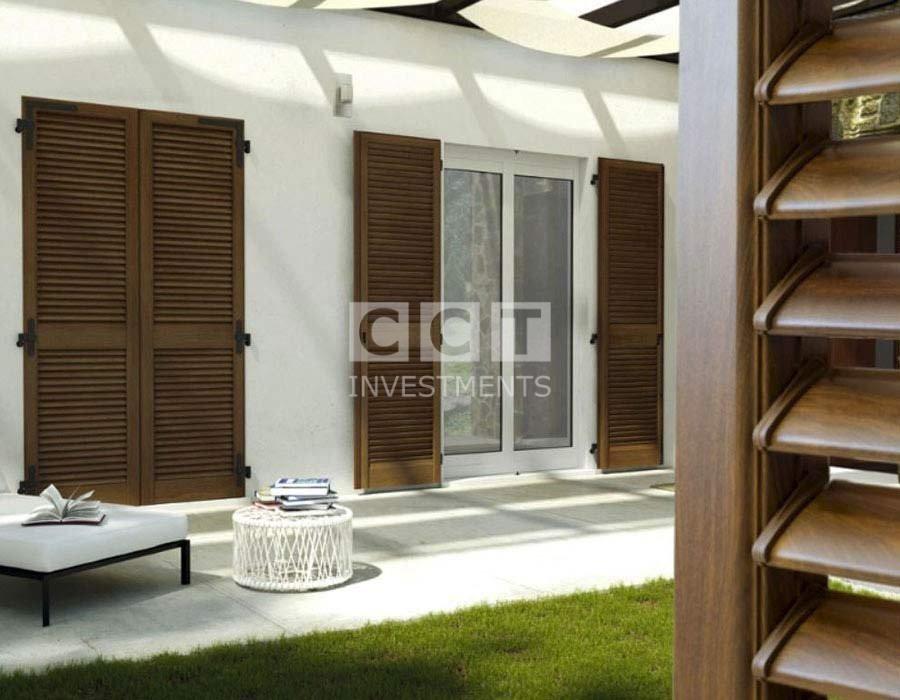 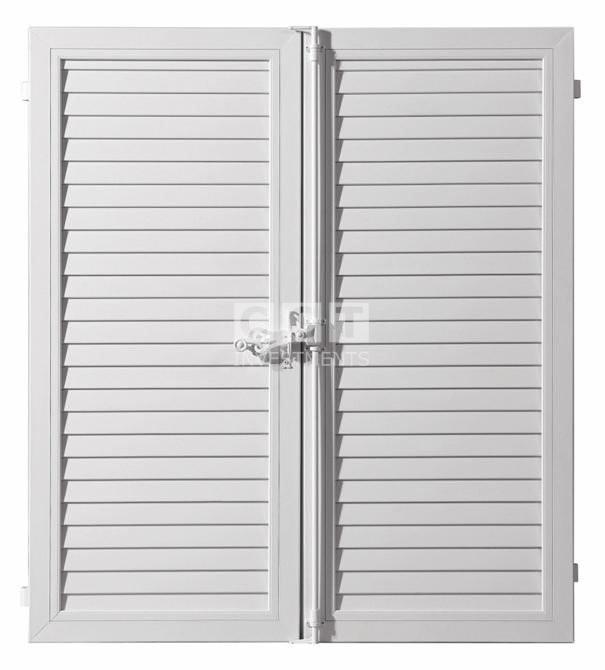 The choice of heating in the Greek and Turkish territories is increasingly concerned by citizens. In most Greek homes, there is the habit of central heating rather than individual heating. This does not make it easier for apartment owners to use as often as their radiators want with oil heating. For this reason Air Conditioners are the “easy” solution for Greek users. They take up a lot of useful space, both inside and outside the home. In any case, air conditioners, however, are cooling systems that have an auxiliary role in heating and cannot, in and of themselves, be a solution to the problem. In the other case, the practice of individual gas heating via a knob is observed. In Turkey for many years burners, radiators and house pipes have been specially installed for such use. In Greece it does not have many years of use and for this reason you will rarely find homes with such a heating system. 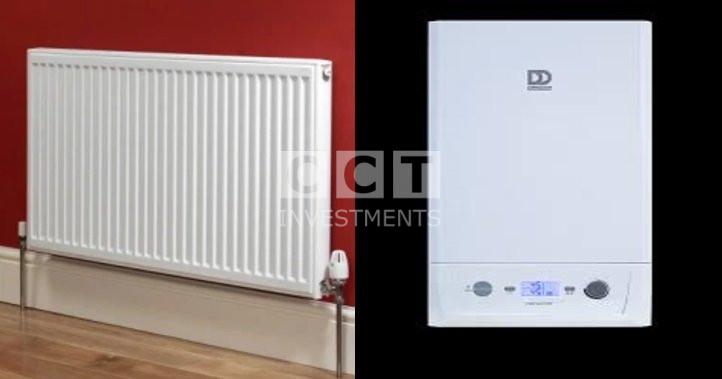