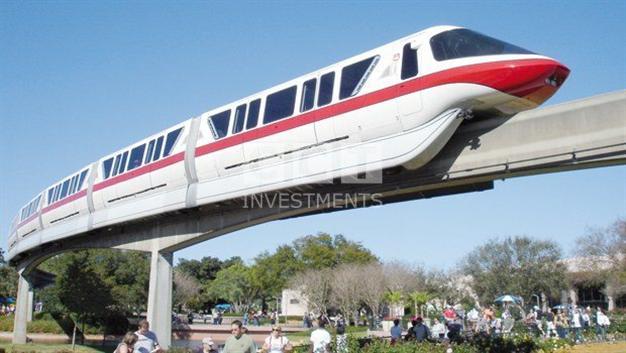 The third combination of the municipal council meeting held in May at the municipal building in sarachane, has approved a transportation project which includes an air rail system called “Havaray” between the Basaksehir and Halkali districts in Istanbul, this project will be an important attempt to relive the heavy traffic in the big city and will be introduced as a first time in the country.

The air rail project “Havaray” will be built on a 47 kilometer long system, the project will carry 200.000 passengers every day in the city, and eight monorail lines will connect a number of neighborhoods, four lines on the European and four lines on the Asian side in Istanbul, the first line is planned between the remote suburb of Kartal and Tuzla along the Asian side. Other lines will connect the vibrant districts of Beyoglu and Sisli, as well as besiktas and sariyer, on the European side.

The business center of 4th Levent will be linked to the nearby neighborhood of Gultepe and celiktepe, which was only connected by bus up to now. Another major line will be built between the populous residential Asian districts of Atasehir and Umraniye. The municipality hopes to span two cables car lines across the Bosphorus as well.

Istanbul, Turkey’s largest city is in desperate need of traffic relief, such traffic jams not only annoy people who lives in this city, but causes significant economic damage. Travel delays and high petrol consumption in Istanbul cost the Turkish economy an estimated 6.5bn lira each year.

At this point of time, we can notice that Turkey and especially Istanbul has a bright future, which is making it one of the fastest growing city. As we can see even the sky is no longer a limit for Istanbul’s investments projects!