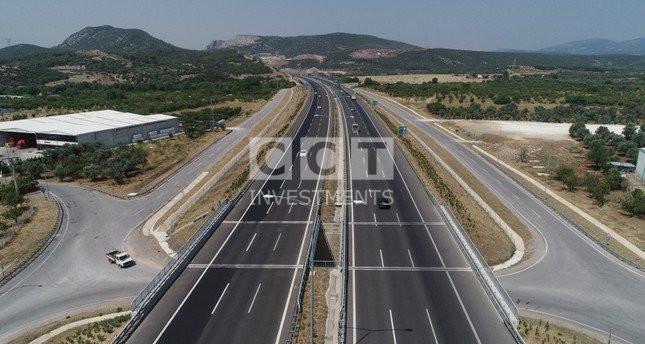 As part of the Turkish revolution in infrastructure development and the opening of more major projects to increase services to its citizens, a new and massive addition has been announced which is one of the largest road networks at present, the new Istanbul–Izmir route, which is a new great addition to the major projects in Turkey.

The spectacular opening ceremony was held in the North West Bursa state after the completion of the last part of the road with a distance of 192 km, which comes as a part of the section completed in advance and within the service and has a distance of 234 km.

“This mega-project, which reaches Marmara Sea region in the Aegean, Mediterranean and western Anatolia regions, has been operational since 2010,” said Mehmet Cahit Turhan, Transport and Infrastructure Minister of Turkey.

“Where the bridge Osman Ghazi “the biggest part of the project” has entered the service in 2016, and reduced the distance 87 km between Istanbul and Izmir.”

The Minister added “Last year, a major section of the road was opened with a length of 201 km and a 33 km link from this project. The section installed today is a 183 km long main road and a 9 km link.”

Part of this great project is the Izmit Bay Bridge, which has a total cost of about $ 1.5 billion out of the $ 20 billion that the Turkish government has allocated to the project as a whole.

The service started in April this year and cost $ 35 per vehicle, according to the local media.

The bridge will be 4,500 meters long and 17 meters high. It is worth mentioning that the Izmit Bay suspension bridge will reduce the transit time between Istanbul and Yalova from one hour and 20 minutes by road and 45-60 minutes by sea, to a very record time of only 6 minutes.

The project as a whole will shorten the distance between Istanbul and Izmir to almost 100 km. The Turkish government aims to complete this project to reduce travel time between the two cities from 8 hours to 3.5 hours only, which will save about 650 million dollars go to buy fuel annually.

Approximately 8,500 engineers, technicians and other occupations worked on the project during the construction phase and it is expected to provide about 6,000 and 100 jobs during the operational phase.