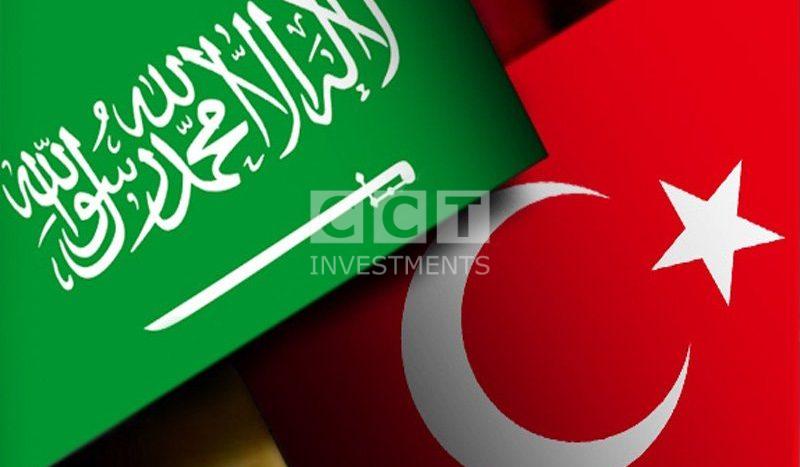 The recent conflict between Russia and Turkey have revealed a new trend in the relations of these two countries, however, the remarkable Arabic support which came right after what Russia called sanctions on Turkey, where activists called for the support of turkey, by purchasing its merchandise and products, whether they are the ones Russia stopped importing or any other, considering that Turkey is an Islamic country and a supporter for Arabic countries since AKP started ruling 12 years ago.

The Arabic Turkish economic relations started 12 years ago. The convergence started politically then turned to economics as well, plus the Arabic investments in Turkey, and the exports to Arab countries.

The Turkish economy is one of the most developing ones in the region, as it has a wide industrial base, based on a variety of raw materials (excluding energy) and developed human resources that qualifies for it to be an economic pole around the economics of Arab counties.

Also, the Arabic world is the focus of a regional and global strategic energy, and a market with a wide absorptive capacity in the fields of industrial, agricultural and consumer products, telecommunications, the construction industry, finance and mutual investment, tourism services, and others. The economic statistics indicate that 16 percent of Turkey’s foreign trade is with Arab countries. The Arabic investments in Turkey reached 36 billion dollars.

The Turkish economy is ranked number 17 worldwide, and number one in the middle east, according to the international bank, after it was ranked 111 about 10 years ago. Plus it’s one of the members of the G20 economy group.

Turkey has attracted in the past decade forgiven investments which reached about 40 billion dollars, and it convinced over 150.000 company owner to invest here. Turkey hopes to attract 53 billion dollars in the next 3 years of foreign investments

Economic analysts are pointing out to the continuing economic development and stability, whether its foreign investments or local, especially after the results the AKP has reached in the past ten years, by doubling the local and individual income, and paying their debts which they were in for over 40 years.

The Turkish Arab relations has took a big leap recently, where many new Arabic investments have emerged of about 20 billion dollars, with significant growth in the trade exchange movement, and the growing role of the Turkish construction companies in the implementation of projects in some Arab countries

One of the many reasons that drove Arabs to invest in Turkey is its political and economic stability, which differs Turkey from other Middle Eastern countries. Plus the many facilitating laws, which guarantees the rights of the foreigners who wish to buy a property here, as they can have a long term residency, renewed annually.

According to statistics of the Ministry of Environment and Urban Planning of Turkey that there are 14.600 foreign property investor in Turkey. Kuwait and Saudi Arabia are number one on that list. The Total investments flow in Turkey has reached 425 million dollars from gulf countries. In 2015 the Turkish Institute of Consumer Protection Law predicted that the Arab investments will increase of about 6 million dollars.

All of these and other indicators confirm the depth of Arab economic relations with Turkey and its evolution, both coming from the Gulf countries and the rest of the Middle East countries to invest in Turkey, or Turkish exports to Arab countries that has developed over 10 years ago.