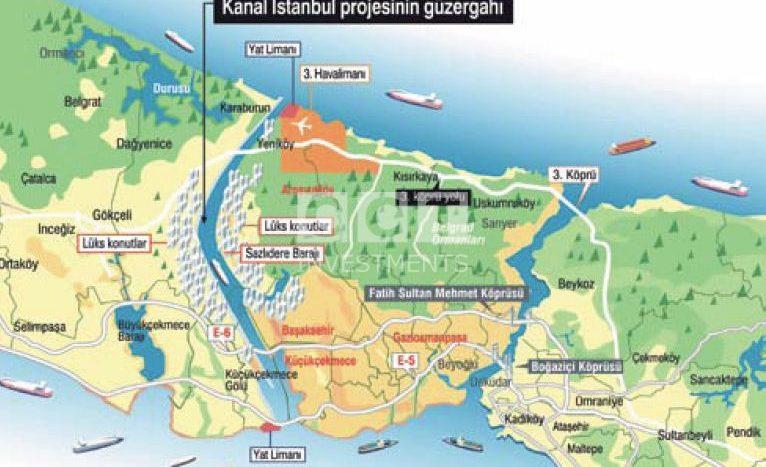 Arnavutkoy a Promising Area for Investment

Arnavutköy is a rural area characterized by charming tourist sites, located in the European part of Istanbul, overlooking the Black Sea, characterized by a wonderful location, enchants the eyes of the view and the joy of this coast. The region has one of the special coasts on the Black Sea, with a length equivalent to 22 kilometers, where restaurants, cafes and tourist hotels, which is famous for its marine specialties spread on its beautiful beaches, and a lot of tourists food tasty lovers come to taste.

Arnavutköy is the main supplier that feeds Istanbul city with fresh water because it is being rich in many sources of fresh water, where they pass through the two Terkos Lakes and The Sazlıdere Dam.

An overview on the projects that will be created in Arnavutköy:

–Istanbul’s third airport: It is expected to be the largest airport in the world, where its capacity reach up to more than 150 million passengers, and the area of 7,500 hectares, and will include upon completion of its establishment six runways for landing. It is expected to be completed in October 2018.

–Canal of Istanbul project: An industrial canal link between the Black Sea and The Marmara Sea with length between 45 and 50 kilometers, and consider one of the largest artificial canals projects in the world, and this project is going through Arnavutköy area.

–Istanbul’s third bridge project: It is the third bridge connecting the two shores of the Bosphorus, it has been agreed to call it Yavuz Sultan Selim Bridge. The width of the bridge is 58.4 meters and the length of it is 2.164 kilometers, and it is considered the eighth-longest suspension bridge in the world, and the longest suspension bridge includes a railway, the passing road will go through Arnavutkoy area in the European part of Istanbul.

Most of the population in Arnavutkoy area has been come from Anatolia, totaling about 198,230 people, which is equivalent to 391.39 people per km 2. Mainly residents of this region with a conservative character, where many mosques are located. Although it is a big village, but the Green Mosque Taşoluk is one of the mosques which contains six minarets.