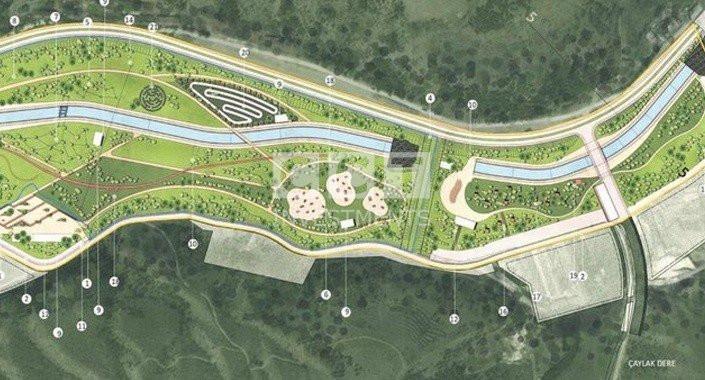 Ataturk Airport from a Global Airport to a Beach Park

The Turkish government is constantly trying to take advantage of all the resources available to improve the services provided to its citizens and visitors, and after the opening of the new Istanbul airport, which is one of the largest airports in the world, the city of Istanbul, which opened the full operational opening of Istanbul airport, has drawn up a plan to transform Ataturk Airport, which has almost completely left air navigation to a large public park called “People’s Park”, will attract millions of tourists and foreign and Turkish visitors, in addition to the allocation of space to turn it into an exhibition city and conference halls.

In a statement by Environment Minister Murat Korum, regarding the park being constructed at the Ataturk Airport site he said: We have transported all the equipment from Ataturk Airport to Istanbul Airport which is the largest airport in the world, we will create a large comprehensive park with an area of ​​14 million square meters of green space. in addition to walking routes, bicycle and family areas, cafes and various public services, we will also continue to work to make this park a big green lung for the whole city of Istanbul, and it will be a tourist park with wonderful views of the Marmara Sea.

The First Stage Has Already Begun

The first phase that has been identified since the beginning of this year has already begun by closing the door for tender for demolition of facilities and buildings in the airport, the value of the tender, which began submission on 27 September, has reached one million and 950 thousand TL, including VAT, in addition to the Eco-entertainment park, museums of science, technology and Turkish history museums that will be established.

The Turkish President Recep Tayyip Erdogan has announced also that the airport will be transformed into a public park about three times the size of Central Park in New York City, and in his statement, the President emphasized: We started with a project to create at least one large park in each of our 81 states, nor will it depend on state centers it will include provinces, cities and towns, and we have implemented some of the steps of this project and others are under implementation.