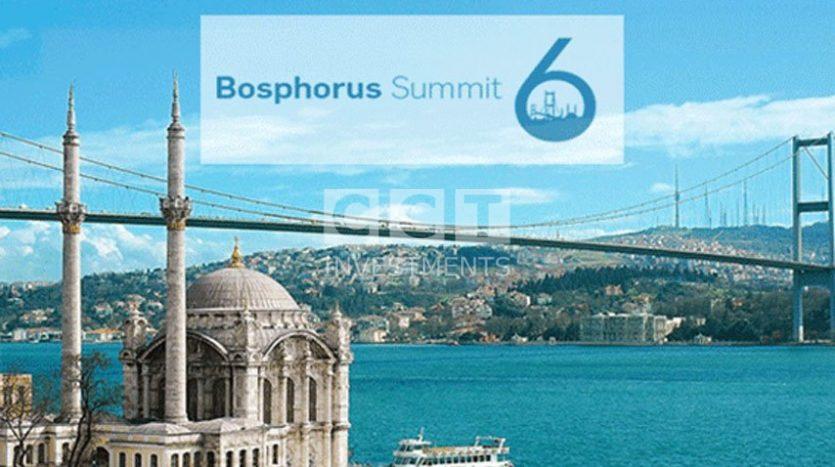 The International Organization of Cooperate (UiP-ICP) is holding the “Bosphorus Summit 6” in Istanbul, between 8th and 11th of December, which involves a group of politicians, businessmen and decision-makers from around the world.

The conference aims to address the issues of poverty eradication, increasing prosperity and well-being at the popular level. The conference started with the word of the President of the Turkish Republic of Northern Cyprus “Dervis Eroglu.” on Tuesday, 8th of December. On the other hand, each of the President of the Turkish Exporters Association and the head of Exchanges of Turkey (TOBB) will give their words the next day by. As it was among the speakers both Prince Turki Al Faisal Al Saud, Chairman of the King Faisal Center for Research and Islamic Studies, and former Qatari Energy Minister Abdullah bin Hamad al-Attiyah. Also each of the Chairperson of the bank, “Akbank” Suzan Sabanci Dinchr, and the Assistant Secretary-General of the United Nations and the Director of the Regional Office  Europe of the United Nations Development Program (UNDP) Sultan oglu Ceyhan, and the Turkish Minister of Development Cevdet Yilmaz.

The Summit will contain a workshop on the eradication of poverty and increase well-being at the popular level as well as sustainable development goals. This session will be directed by the member of Istanbul University “Camille Irene.” During the workshop, each of the Minister of Foreign Affairs of the Republic of Northern Cyprus “Amina Tcholak”, and the Executive Director of the Islamic Dar Al-Maal Khalid Abdulla-Janahi, and the member of the Royal Court in Morocco, Youssef Amrani, and the director of the International Center for the development of the private sector in Istanbul Program of the United Nations Development Marcos Neto, will participate. Other workshops will deal with the agency to encourage and support investment (ISPAT) in Turkey, managed by the agency head Arda Oermott, with the participation of Director of the Office of Vienna of the Office of investing in the World Bank Group’s Ivan Nimaj, and Chairman and CEO of General Electric in Turkey Gannan Ozsoy, and partner Turkish network (KPMG) Raymond Timmer, and the Secretary General of the Federation and agencies to encourage and support investment (WAIPA) Scalar orchard.

Another workshop dealing with international contracting services, and will be headed by President of the Turkish Aghaoglu group “Ali Aghaoglu”, and managed by the International Coordinator of the Association of Business and Industry Turkish Bahadir Cali Aghasi, with the participation of the Regional CEO of Emaar weights Balaban, the head of construction “STFA” group Mustafa Karako, Osman Yıldırım from Al Rawda Institution, and the President of the international Contractors Association command of Icare, and member of the Executive Board of the Group Aghaoglu Burak Kutlog, and international arbitration lawyer Ural Okozom.