Having a large property portfolio in Istanbul and in different cities of Turkey, CCT Investments is delighted to inform you with its new cooperation agreement with one of the biggest developers of Gulf Region, “Damac Properties”.

With the aim of giving the best service and offering a wide range of property options to its valuable investors, CCT Investments is continuously looking forward to cooperation with reputable and reliable developers of Turkey in order to expand its property portfolio in Turkey.

Now, it was time to grow globally too and CCT Investments signed a new contract with Damac Properties which has prestigious projects in different cities such as London, Kuwait, Qatar, and Dubai. Due to the new agreement; CCT Investments will be representing Damac Properties in Turkey and will be marketing their projects domestically to Turkish citizens and its international investor clients. 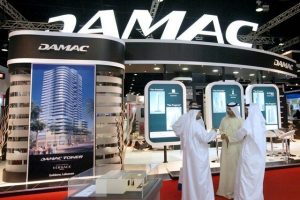 The company has established a number of major projects and had obtained ISO 9002 certification and has a staff of more than 8,500 employees across more than 20 countries in the world. The company’s founder and board chairman of DAMAC Properties is the businessman Hussein Ali Al Sajwani, also has a number of positions in a number of companies in different countries which are: 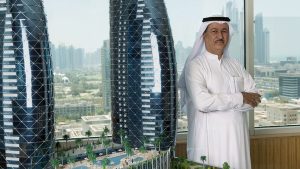 What are DAMAC Establishments?

DAMAC Properties has established and grown to set up the best residential units in Dubai and the Middle East and has expanded rapidly in Egypt and North Africa, Jordan, Lebanon, Qatar, Saudi Arabia and the Far East. Its residential projects are more than 670 million feet and cost more than 45 billion US dollars, and it is dealing with the most famous architects and designers and it aims to develop residential schemes, commercial and entertainment facilities that will create an integrated community.

DAMAC Properties manages all its possessions from the beginning to the end, and the company offers a program for comprehensive customer service provides solutions through its vast network of regional offices in the United Kingdom.

DAMAC Properties has completed 8887 units so far, and it has another 21,075 units in various stages of planning and progress throughout the Middle East. In October 2011, DAMAC Properties launched its hospitality division, DAMAC Maison, which will provide detailed services to residents in the 7351 hotel furnished apartments, and over 8,280,507 square feet by the end of 2016. This is what makes the company one of the largest operators and developers of hotel apartments in the world.

In May 2013, DAMAC Properties introduced 28 million square feet “AKOYA by DAMAC“ master of the development plan of the Umm Suqeim Road in Dubai. The project includes the palaces and villas and luxury apartments and retail center for all stations.

And DAMAC Properties works in collaboration with Paramount Pictures, Versace, Fendi and the Trump Organization in projects throughout the region. Here are some of DAMAC’s projects:

The company is also developing a hotel with 1 billion dollars and a luxury residences in the Burj Khalifa area in Dubai, called DAMAC Towers by Paramount, which will feature the first Paramount Hotel & Residences in the area and Damac Maison hotel units – Paramount’s to describe furnished housing and hotel. Also DAMAC has expand Cooperation with the Italian luxury fashion houses, DAMAC Properties is based on the development of luxury furnished hotel apartments in the ‘DAMAC Esclusiva’ in Riyadh and condos in the “DAMAC Residenze” in Dubai Marina, with interiors by FENDI Casa. 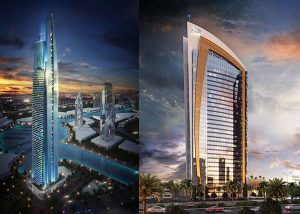