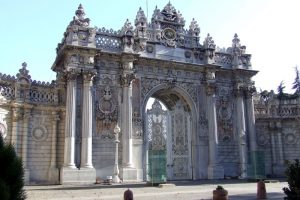 It is a unique masterpiece of its kind, combining oriental style and western-style of architecture and interior design, and is a testament to the attempts to opening up of the Ottoman Empire to Europe tourism experiences in Istanbul distinctive. 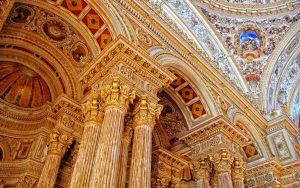 The Palace is located on the European side of the Bosphorus in Besiktas district. The place where the Palace was built, was a natural harbor and it was filled and immersed with soil in the early seventeenth century to become a private garden for the sultans, where it dubbed “Dolmabahce” which means “stuffed Garden”. He then ordered the Sultan Abdul Majid, the first in 1843 to build Dolmabahce Palace, which lasted for 13 years its construction process. 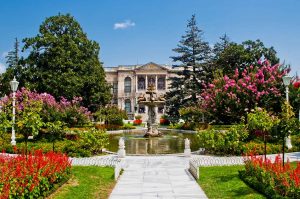 The Palace has three sections: the southern wing which called Selamlik, (the quarters reserved for the men) which contains the public representation rooms, and a northern wing (Harem) serving as the private residential area for the Sultan and his family. The two functional areas are separated by the big Ceremonial Hall (Muayede Salonu), Palace to include 285 rooms, 43 Salon, 6 Turkish baths and 43 toilet. Used in its construction 14 tons of gold and 60 tons of silver, and has the largest chandelier in the world, weighing 4.5 tons. 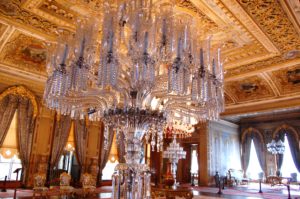 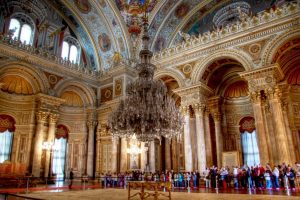 To reach to Dolmabahce Palace is by tram to “Kabatas” station away from the Palace about 400 meters. 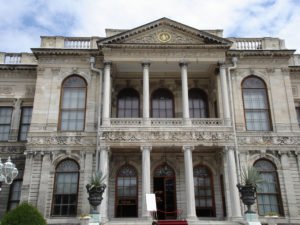 Interested in Ottoman’s History..Click Here to Know about Ottoman Traditions