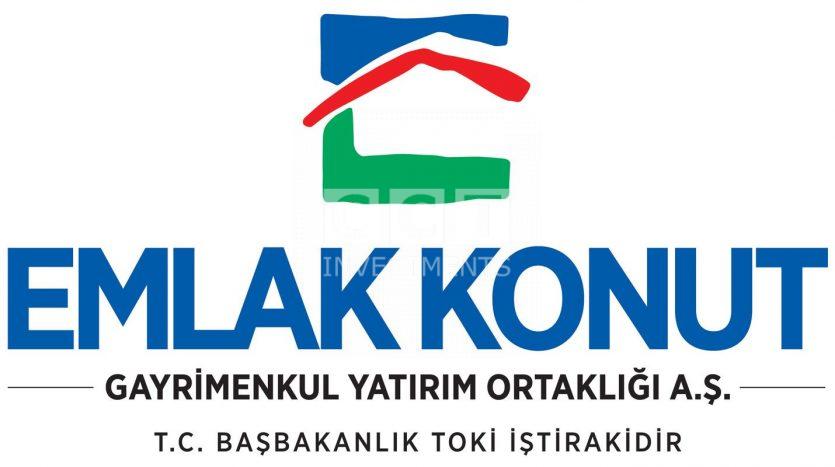 Emlak Konut is one of the largest developers of real estate in Turkey, where it belongs to the Housing Development Administration of Turkey and it is considered as the helping hand of the Turkish state.

Emlak Konut Company was established in 1987 as an appendix company with Emlak bank, one of the real estate development limited companies in Ankara, which was established in 1953. This company is competent in residential projects in Turkey. With the failed of the liquidation of Emlak Bank in 2002, the ownership of the real estate company transferred to TOKI. In 2010 Emlak Konut was put up shares in the Istanbul Stock Exchange.

Emlak Konut company announced its view for 2016 as the paid-up capital of the company in total reached to 3.8 billion Turkish liras, almost 1.31 billion $, to become one of the most powerful Turkish companies driving the economy.

Since the establishment of this company and its business is growing significantly, therefore Emlak Konut is trying to take future steps based on the consumer’s needs as it seeks to fill its real estate portfolio and continuously develop it by purchasing lands so widely.

The non-developed area of lands owned by the company has now reached to 9.9 million square meters worth 3.9 billion Turkish liras almost 1.34 billion $. In its 2016’s view, it aims to sell 11 thousand units from the projects that supposed to be establish in 2016, the total area of these units offered for sale may reach to 1.5 million square meters, with a total value up to 7.6 billion TL, which is approximately equals to 2.61 billion Dollar. And the company’s goal from selling these projects to achieve a net profit of 1.5 billion Turkish liras almost 520 million $.

Emlak Konut Company has a positive impact and significant contribution to projects and neighborhoods’ areas, and all this is thanks to it finding investment opportunities and high quality and can be trusted in the branded housing projects. For example, Emlak Konut transformed the regions Ataşehir and Başakşehir in Istanbul into two popular areas thanks to the completed projects carried out and that made a milestone in the real estate sector there.