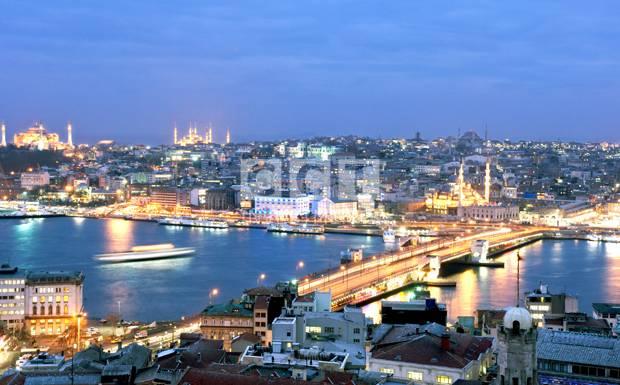 Istanbul City topped the list of the most advanced cities in the world during the last 5 years between (2010-2015), according to the rating “Jones Lang LaSalle” specialized in providing real estate services and investment Management Company.

This was followed by Istanbul in the classification prepared by the Research Center of the company, titled “Cities work of 2015,” all of Moscow, Bombay, India, and Seoul in South Korea, as well as the Emirate of Dubai.

The study included more than two hundred international city, and Istanbul ranked first in the category of the study, which evaluated the cities in different fields ranging from financial services and even the appearance of the city, according to developments that the thoses cities witnessed starting from the year 2010 to now. As the study described Istanbul “it is in a constant integration with other medium area cities surrounding it, thanks to the potential of transport”.

According to the Head of Department of Turkey in the company, “Avi Alkas”, in a statement to Anatolia, commenting on the study, prepared for the fourth consecutive year, it highlights the strategic opportunities for those who live in those cities, or who reside relations with it.

Alkas pointed out that the performance of the cities of Istanbul, Barcelona, Santiago and Seoul, showed how a change in its position by category subject of the study, noting that these changes can occur, according to a number of different mechanisms, including raising standards, and change the vision, and to acquire new information and the organization of working partnerships.

As for its economy, Istanbul is Turkey’s economic and cultural center, as well as its most populous metropolitan area. Located amid historic land and sea trade routes that connect Central Asia with Europe, Istanbul has developed a diversified economy with strong services, trade, tourism and manufacturing sectors. The regional economic accounts for over one-quarter of Turkey’s economy.

Istanbul the most dynamic city in the world based on population and economic growth. Istanbul has enjoyed the highest employment growth of any major city in the world in the last two years. The city has grown at a breakneck pace through the end of 2015.

Istanbul remains one of the most important commercial centers in the country. About 36 percent of exports and 40 percent of imports pass through Istanbul. It is an industrial city, accounting for 45 percent of national production and about the same percentage of jobs. Its factories produce textiles, oil products, rubber, metals, leather, chemicals, glass, electronics, and automobiles. The city is a banking and insurance center.