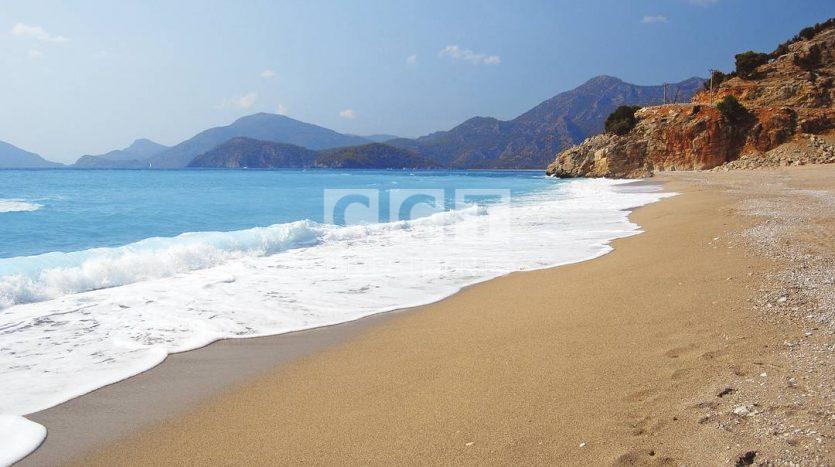 Fethiye – Town of Beaches in Turkey

The town “Fethiye” of the Turkish city “Mugla” which is overlooking the Mediterranean is characterized by its picturesque nature and historic archaeological sites antique, it is one of the most prominent tourist attractions in Turkey and in the world as well.

Fethiye is a port city, and district, on Turkey‘s southwestern Turquoise Coast. It’s known for its natural harbor, blue waters and numerous rock tombs that are remainders from the ancient Lycian city. The 4th-century B.C. Tomb of Amyntas is carved into a bluff overlooking the city. Near-shore islands are popular for day trips by boat. In the south, the beach at Oludeniz is sheltered by a lagoon. In town, dozens of places worth visiting, we recall in this window some of them:

The shores of the Dead Sea in Turkey, which is described as a “paradise of God on earth” extends by 3 kilometers long. Its shores were chosen more than once as the best beaches of the world, as it is characterized by a homogeneously in colors between degrees of blue and green picturesque nature around him, giving indescribable pleasure to swim in its beaches. It enjoys a mild climate throughout the ten months throughout the year. And it is one of the most important tourist places which has great interest by local and foreign visitors.

Kidrak beach is about 3 kilometers away from Belcekiz Beach, it is considered one of the most ideal places to relax, due to his high trees, the clean beaches and shiny water.