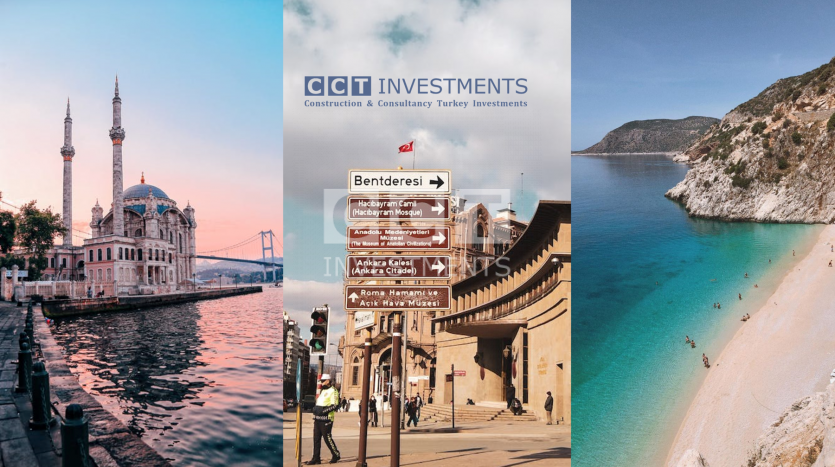 Turkey is one of the biggest overseas investment spots in the world with a total of 5 billion dollars market a year by foreign investors. This takes Turkey a forefront position compared to other emerging countries, getting the highest attraction by foreigners to make an investment, or settling down in Turkey with its four-season climate, harmonized culture of the western and the eastern societies as well as one of the oldest historic spots in the world. So, how many houses were sold in which province between 2002-2022 in Turkey?

Istanbul, which is the biggest city in Turkey with a population of 16 million people (unregistered people excluded assuming it is around 5 million) has been leading the first position for the last 20 years. However, in 2002 there was only 90 foreigners from 14 different countries bought a property in Istanbul. Again however, the number has gone up exponentially to 21.799 people in 2021. These 21.799 people from 137 different countries bought a total of 28.969 properties in Istanbul.

Among those numbers, the first place comes from Iran. 7.536 Iranian have bought a property in Istanbul, the second place is from Iraq with 2.777 people and the third place is from Afghanistan with 2.135 people. 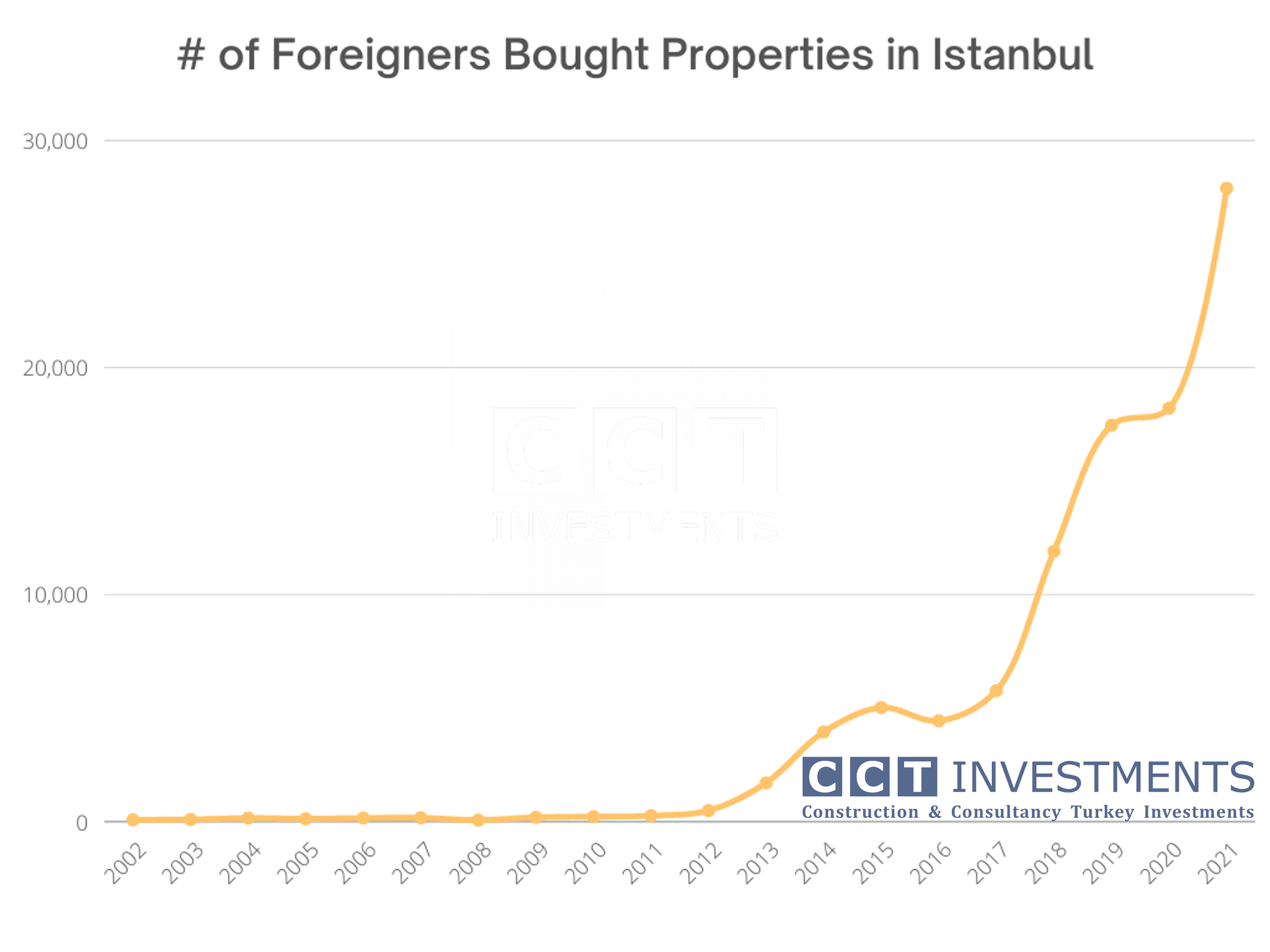 How about the Turkey’s vacation paradise, Antalya? Antalya is Turkey’s 5th biggest city with a population of about 3 million people. But during the summer period, the population of the city doubles itself. According to the Municipality of Antalya, 12 million people have come to Antalya just by air between January and October.

How will Real Estate Investment by Foreigners be like in Turkey in the future?

When we look at the trend in the 3 big cities that foreigners prefer the most, it is clear to see that the numbers are increasing year by year. The overall overseas investment market size in the world is estimated about 500 billion dollars a year and Turkey carries only 1% of this market right now despite this huge increase for the last years. There is still a lot to go for Turkey and the country has maybe the biggest potential among rivals. It’s almost for sure now, Turkey will have bigger shares in the global overseas investment market in the following years. For the last 5 years, the investors apart from the ones who bought their apartments for residential purposes have almost doubled their investments. When you consider real estate as a safe investment tool with a low yielding rate and low ROI, this is a huge difference. The estimates are not expected to double again in the following 5 years, but surely the ROI will be the highest compared to other countries’ markets.

Why did the Real Estate Market Prices Increase in 2022 in Turkey?