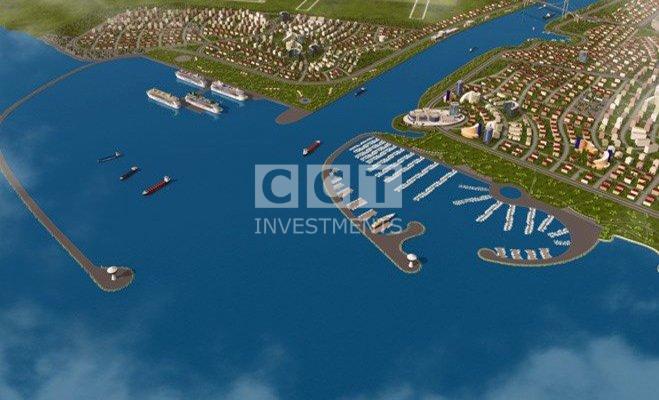 Istanbul Canal Project to Begin in 2016

Prime Minister Ahmet Davutoglu announced recently about the start date of the Istanbul Canal project, which will be by the beginning of the New Year 2016, this announcement was made according to the plan that Davutoglu has planned with the government for the year 2016.

It wasn’t very clear at the beginning of this year as where the exact location would be, but now they said it would take place between Kucukcekmece Lake and Arnavutkoy district, connecting the two seas.

It is expected that the Canal Istanbul Project will cost about 15 million dollars, where two small cities will be constructed along the banks of the canal, which will connect Marmara Sea and the Black Sea, in parallel to the Bosphorus strait. It is expected also that the new city would have a population of 500.000 people.

General Director of Turkey’s motor ways Jahet Turhan, announced earlier that the government has given his foundation the rights of a tender to build 6 hanging bridges on the Canal Istanbul, which is the biggest project in the history of Turkey.

He also said that the cost of building these bridges would be around 5 billion Turkish Lira, noting that the foundation works of these bridges would take place before the digging of the canal. He also stated that the bridges construction would be completed in a two years period from the time of the tender, and car transit on them would be free of charge.

The Istanbul canal length would be over that 40 km and 400 m width and 35 m deep. And the building around the canal wouldn’t be over 5 floors high. The new city will be planned as to represent the new modern face of Turkey, as it would have also a conference room, touristic places, public parks, and shopping centers. The architect of this city will be driven from the historic Turkish heritage, to be similar to the old buildings of Istanbul.

As president Erdogan requested earlier, that this city wouldn’t have a very dense population, but it would be equally divided on both sides of the canal. And he considered this project to be the project of this era.
Istanbul canal project would be designed to allow the ships to travel through instead of the Bosphorus strait, or to minimize the traffic on the two new existing bridges on it.

It is worth mentioning that the real estates around this area would be booming in the upcoming period, especially for lands, close to it, or the areas surrounding the canal. And now many investors are moving to buy or invest in that area.