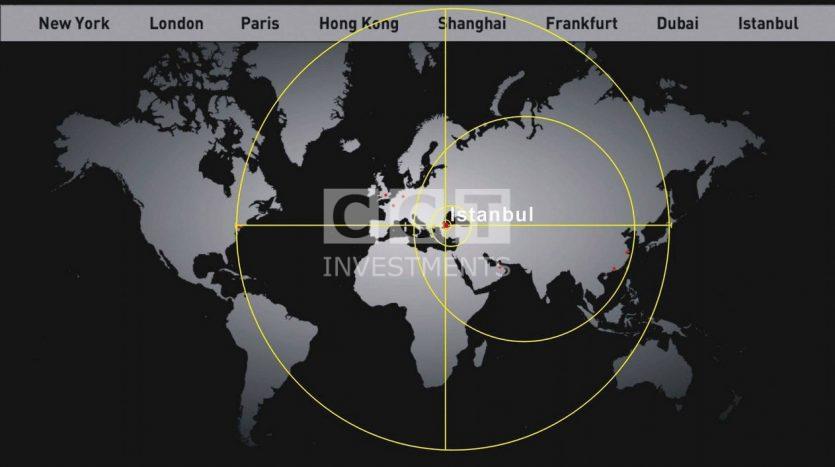 Turkey market attracts many entrepreneurs by its very rapid growth. The number and quality of the possibilities offered by Istanbul makes it a leader in the country’s economy. While Europe is struggling to get rid of the global crisis, Istanbul is directly diversifying a group of foreign investments.

After the eighties (1980) Istanbul began to transform its economy by focusing on high added values ​​and informational based industries, rather than competing with the prices that are based on low-cost services in order to keep up the developments and to maintain the competing force as a significant investment location.

According to Foreign Direct Investment Confidence Index by A.T. Kearny in 2015. Turkey is ranked the 22nd best in terms of the opportunities offered to the Middle East and Europe, thanks to the large domestic market. A development and investment scheme was composed within the framework of the target aiming to reach a rank among the top ten countries by 2023.

Within this framework, privatization has been done in eight key sectors, a program for infrastructure investments has been prepared, and to reach this goal, Turkey continues to apply the economic reforms that will attract foreign investment directly.

In addition to that, credit rating agency Fitch has raised Turkey’s credit rating in 2012 due to lower debt, good banking system, growing private sector, and the improved and positive short term growth outlooks.

Turkish city Istanbul has occupied a site in the list of the four largest cities in Europe, along with London, Paris and Moscow, according to a report by the company “Jones Lang LaSalle”, Global Commercial Real Estate Services.

The report, published by the company under the title of “Istanbul in the international arena,” that the city has begun to occupy a high rank among the important cities in the world, adding that the report will contribute to show Istanbul’s importance.

Avi Alkas the Executive Director of the company in Turkey, said that they prepared the report for the correct definition of the city, adding that the European side of the city has a population density of more than that in the Asian side. Alkas stated that Istanbul has preceded a large number of European cities in the volume of business and investment capabilities, ascribing this to the significant contribution made by Turkish Airlines to support investments in Istanbul, as well as the importance of the city‘s geopolitical location.

Alkas explained that the size of Istanbul‘s economy, based on purchasing power, amounts to 400 billion USD, stressing that it occupies a place among the top 20 business center in the world in accordance with the index of “commercial appeal.” He also mentioned infrastructure investments in the city such as transportation and metro lines, saying that “investments in the field of transport, and the third airport, which will enter into service in the coming years, will bring the city‘s prosperous future,” adding that Istanbul is ranked ninth in the field of tourism conferences services.

He pointed out that the Istanbul has progressed towards earning a prominent place among global cities, in the field of innovations, pointing to the sharp rise in patents demand in the city since 2000.