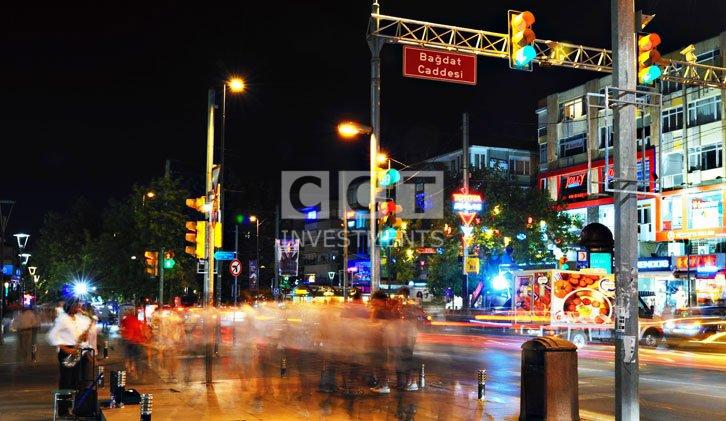 Istanbul, a city of over 13 million inhabitants and similar number of tourists visiting each year, is the financial, entertainment and shopping hub of Turkey. Visitors to the city tend to focus their attention on the city’s malls but it is worth noting that the city’s 3 main high streets are most worth the visit.

Visited by nearly 3 million people everyday on the weekends, Istiklal street is one of Istanbul’s and Turkey’s most famous shopping and entertainment walking promenades. It is akin to being in an open air mall. It starts from Taksim Square and extends all the way to Tunnel reaching over 1.4 kilometers long. It is a host to many historical buildings, music stores, bookstores, art galleries, cinemas, theaters, libraries, cafes, pubs, bars, night clubs, restaurants among many other establishments as well as a number of foreign consulates and cultural centers. Istiklal street is also the favored high street in Istanbul among retailers. 2014 saw the opening of H&M, Koton, and Flormar to name a few. Prime rents reach EUR 2,700 currently and that is expected to increase in the following years. Some of the well known brands include: Zara, Mango, Bershka, H&M, Topshop, Koton, Burger King, Midpoint, Starbucks, Mavi and Levi’s.

Nisantasi district is the European side’s second most preferred high street area after Istiklal and is attracting a number of rich retailers. Nisantasi mostly caters to upscale market clientele with its top of the market brands such as Prada, Louis Vuitton, Gucci, Hugo Boss, Chanel, Cartier, Hermes, Ermenegildo Zegna, Max Mara, Burberry, Vakko, Beyman among other well known brands. Nisantasi also features some upscale restaurants and cafes that include The House Cafe and Beyman Brasserie to name a few. With its central location, Nisantasi is becoming ever more popular and prime rents are continuously increasing reaching up to EUR 2,400.

Bagdat street is a notable high street located on the Anatolian side of Istanbul. The street runs approximately 14 kilometers from east to west in the Maltepe and Kadikoy districts, almost parallel to the coastline of the Sea of Marmara. The most important part of the street is the one-way traffic, avenue-like section, which is 6 kilometers long from Bostanci to Kiziltoprak, within the district of Kadikoy. It can be seen as the counterpart of Istiklal Avenue on the European side in terms of importance and glamour. It is a main street in an upper-scale residential area. The one-way avenue with old plane trees is flanked with shopping malls, department stores, fashion garment stores, elegant shops offering world famous brands, restaurants of international and local cuisine, pubs and cafes, luxury car dealers and bank agencies. Much like Istiklal street, rent supply is limited so prime rent is expected to continue to increase from the already high EUR 2,700. This street is a must see on the Asian side and well worth the commute. Numerous brands such as Zara, H&M, Big Chefs, Vakko, Burberry, Godiva among many other well known brands have opened their doors on Bagdat street with more new additions expected to take place moving forward.