According to the Department of Culture in Istanbul Municipality, that five million domestic and foreign tourists visited the “Miniaturk” Museum (mini Turkey), which is the first museum for maquettes, that illustrates the cultural and civilizational landmarks in Turkey.

The museum includes replicas of many Turkish cultural and civilizational symbols, and other models is added to it from time to time , notably the mosque, “Hagia Sophia”, the Castle “Rumeli”, the “Galata Tower”, and “safranbolu houses”, and ” Sumela monastery”. The museum also has a mock “Dome of the Rock” and “Mount of Nemrut”. 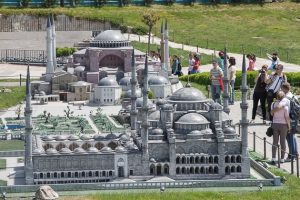 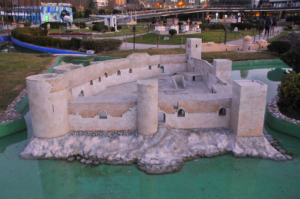 The museum offers to its visitors the service of hearing the historical information about the monuments of maquettes phonetically in nine languages, which are: Turkish, English, French, Arabic, German, Russian, Persian, Japanese, and Spanish. 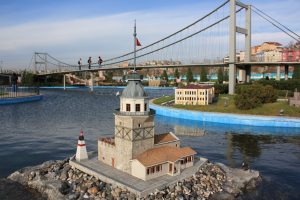 The museum visitors also enjoying a tour of the outdoors, hiking in places allocated for families and children. The place is suitable for those who are fed up indoor and prefers open spaces, and it can be find in the Museum that overlooking the coast of the Golden Horn Bay.

The “miniaturk” Museum was opened in 2003, the museum began to attract millions of visitors a year, most of them local. And the museum was enable to get a Certificate of Excellence from the site “TripAdvisor” which is the largest site for tourism and travel in the world. 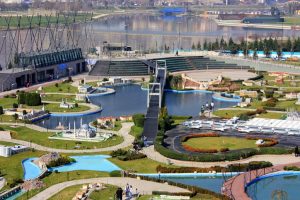 Ataşehir, the financial center of Istanbul
Istanbul – The Business City