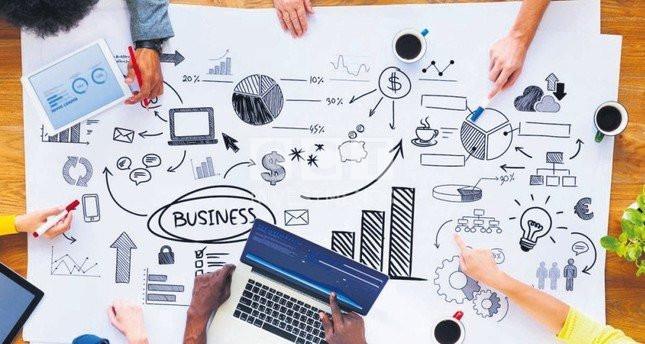 Istanbul is making history in emerging technology in Turkey as the heart of a major revolution. In recent years we have seen that many start-ups are launched and many of them have seen a successful move that has made the biggest investors invest their money in these start-ups.

Here you can find some magnificent start-ups from Turkey:

Digime3D provides to fitness and medical professionals the ability to use 3D scans to extract body shape and key measurements for clients. This model is made for your body in less than 40 seconds. CEO of this start up is Derya Kavarna, which raised 2.2 million $ in initial financing from Tarvenn Investment in Istanbul.

Iyzico provides payment management program in a safe way for Internet companies with their different sizes and different industries, including a solution for managing payments on the market, virtual point-of-sale solution, shopping service and online payment service. Iyzico, which was established in 2012 by Barbaros Özbuğutu and Tahsin Isin, has got funding with 24 million $ from investors including Endeavor Catalyst, Amadeus Capital, International Finance Corporation and Speedinvest.

Modacruz is considered as an online marketplace for women where they can buy and sell used luxury fashion. The number of users has reached more than one million users who purchase many of the existing fastion. Modacruz was founded in 2014 and is headed by Melis Guctas. It has finance with 2 million $ in a B-category financing round, with a total investment of 4.9 million $. The investment was made by Hummingbird, Nevzat Aydin and Middle East Venture Partners.

Modanisa was founded in 2011 and is a store for selling fashion clothing and women’s accessories online and the company’s CEO is Kerim Türe. The company has finance with 10.5 million $ to date from investors such as STC Ventures, Aslanoba Capital and Wamda Capital.

The Founder and CEO Demet Mutlu launched her company Trendyol for e-commerce from her kitchen table when she was a student at Harvard Business School, and it is a mobile trading company that sells more than 70 million pieces a year. The company raised 36.9 million $ in funding before receiving an additional amount not disclosed by Chinese businessman Alibaba.

Sinemia is a subscription service for movie tickets, founded in Istanbul in 2015 by CEO Rıfat Oğuz and expanded in the United States and has offices in Los Angeles. The number of users last year reached more than 22 million users. It raised 2.2 million $ from investors including Revo Capital, Istanbul Startup Angels, 500 Startups, and Nexus Ventures.

Twentify was founded in 2014 headed by CEO Ilker Inanc in Istanbul and now it owns offices in Toronto and New York. It Allows companies to conduct market researches easily and helps brands to gather ideas that focus on growth by reaching half a million consumers around the world. The CEO has raised 1.6 million $ in funding so far.