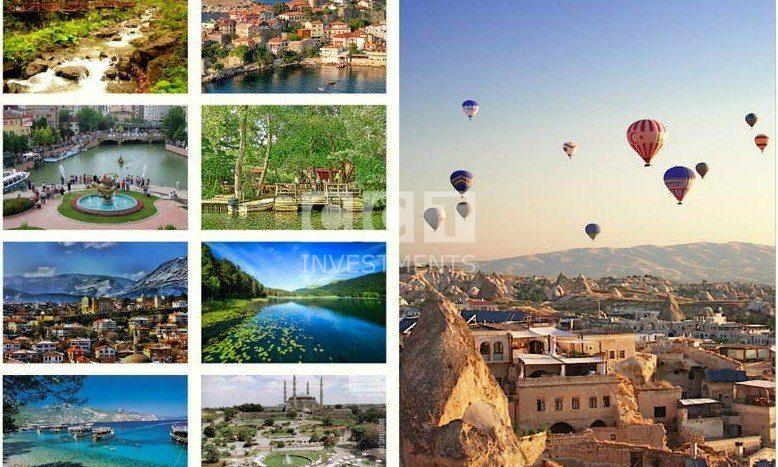 Most Visited Touristic Destinations in Turkey

Turkey is known for its mesmerizing nature, ancient and historical monuments. Which attracts over 40 million tourists per year. The thing that people often forget to think about when coming here, is the beauty of winter – autumn tourism, which a lot of Turkish cities are known for.

Abant is one of the top touristic destinations in Turkey, located west of the Black Sea, and known for its charming nature beauty in all seasons, though it’s recommended you visit it in autumn or winter, to experience a great romantic vacation

Located in the east of the Anatolian Plateau, in the center of Turkey. Its terrains consists of a plateau that rises 1000 meters above sea level. There are a lot of places to visit there, among them are towns and villages like Urgup, Goreme, Ihlara vally, Selimiye, Guzelyurt, Uchisar, and Avanos. Some other towns under sea level worth a visit and seeing are Derinkuyu, Kaymakli, Ghazi Amir and Ozkaynak, these are all underground cities that include a lot of historical monuments. Also in Cappadocia, especially in Goreme, you can see the hot air balloons in the sky, in many times of the year.

The city which is surrounded by walls from all sides, is one of the most beautiful destinations. Located western of the Black sea. There you can visit the arch bridge. Church mosque and the Amsara Castle.

It’s considered a great destinations as well in autumn season, it is famous for its modern buildings alongside the Ottoman architecture. The city has played a key role in caravan trading over the past centuries, and it’s now on the UNESCO World Heritage Center’s list.

One of the most natural resorts in Istanbul. Located southern of the Black sea between two rivers, where you can find the most beautiful forest, and boarding houses and restaurants on the banks of these rivers

You may enjoy the best vacation in Sabanca, there are many water sports activities to do, sightseeing, and hiking. It recently became a touristic destination, due to its amazing nature and lake. In has also a lot of luxurious hotels and spas for great relaxation times.

Also on the places to visit in autumn or winter. It overlooks a great valley, and in the hills there are many natural hot water springs. And inside the city you can have a fun ride in small boats, where you can enjoy the sites of this city.

Located northwest of Turkey, Edirne is one of the most beautiful cities here. It was once the administrative capital of the Ottoman Empire. It has three historic covered bazars, the Edirne Palace, and many mosques and museums, designed with a stunning Ottoman architecture.

It’s a Mediterranean resort southern of Turkey. It has an exceptional location between two mountains by the sea. It’s now the center of a lot of water sports, like sailing and diving. In Marmaris, there is also the Nimara Cave, which was once used for worshiping.