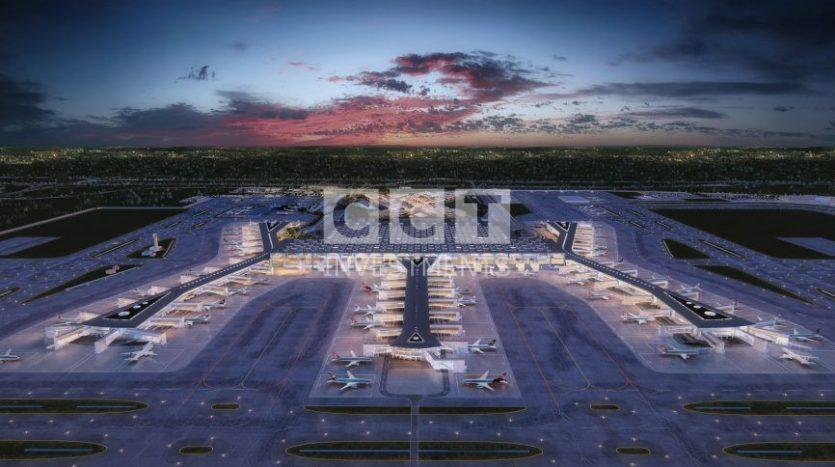 Turkish Airlines has done a full transmission from Ataturk Airport to the new Istanbul airport, which is the world’s largest airport, during a 45-hour operation.

The transfer began at dawn on Friday, April 5, when Turkish Airlines transferred its equipment, containers and machinery from Ataturk Airport to Istanbul Airport by loading cranes onto hundreds of large trucks. On the following Saturday, the last scheduled overseas trip took off from Ataturk Airport for Singapore.

The equipment was transported through the main roads leading to Istanbul airport in a very precise manner in addition to extensive security measures by the police teams.

For fear of any truck problems during the transfer, five temporary centers were established for rapid intervention.

As we mentioned, the transfer lasted for 45 hours and was accompanied by the landing of 167 Turkish Airlines at Istanbul Airport.

It is noteworthy that Turkish President Recep Tayyip Erdoğan officially inaugurated Istanbul Airport on October 29, 2018, the third international airport in Istanbul. The total area of the airport is 76.5 million square meters and will be gradually opened to become the largest airport in the world when completed before 2023 as scheduled. The new airport consists of 6 standoffs, each with a capacity of 500 aircraft. It has an open and closed garage for about 70,000 vehicles.

On the 7th of April, flights from Istanbul Airport to more than 300 destinations around the world have been launched. The capacity of the first phase is set to reach 90 million passengers per year. After the completion of the airport, the capacity of the airport will be 200 million passengers per year. Services will be provided to 250 airlines and will land and take off from it every day two thousand aircraft and will organize daily flights to more than 350 destinations.

The airport building is built under one roof on an area of 1.3 million square meters and is the largest building in the world, and its free zone will be overlooking the Bosphorus.