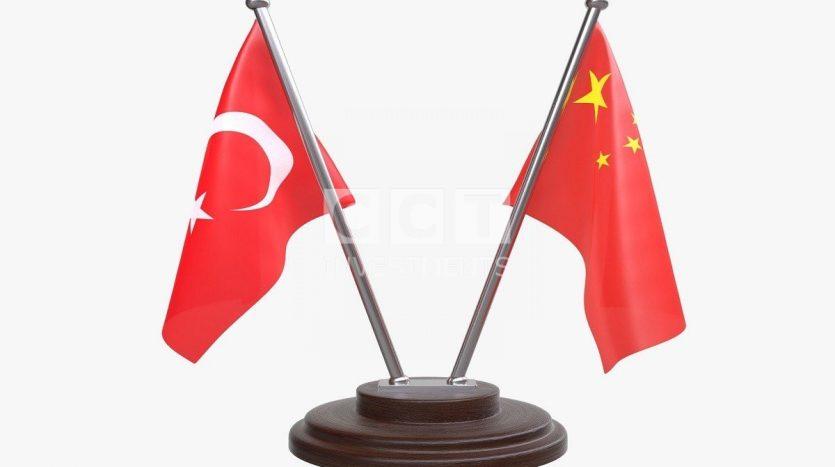 New Agreements between Turkey and China

Turkey’s negotiations with Chinese companies have been revealed by Turkish Transport and Infrastructure Minister Jahid Turhan on important cooperative projects in the fields of transport, communications and energy, including inter-urban transport, urban subway projects and an underwater tunnel.

The Turkish minister explained in an interview with the Chinese newspaper Global Times that a number of Chinese companies have shown great interest in these projects but will not be disclosed before signing the framework agreement.

Jahid pointed out that Turkey has paid great attention to the project of the Belt and Road since its proposal for the first time and said that the Chinese Belt and Road Initiative and the project of the Middle Corridor or the so-called Modern Silk Road, have the same goal as they can complete each other, also he stressed that Turkey can become a pivotal state in the initiative because of its geographical location.

He also pointed out that it is possible to solve some problems to link the two projects as there are still some difficulties in terms of geographical conditions and infrastructure.

He also said during the interview, that Turkey has many cooperative infrastructure projects with China within the framework of the Belt and Road initiative, including highways, high-speed railways, sea transportation, and metro in Istanbul and also port projects in the Aegean Sea and the Black Sea.

The Turkish minister said that Turkey and China are still negotiating the project framework agreement regarding the problems facing the financing of Chinese enterprises for the construction of a 2,000 km high-speed rail line from Kars in the east to Adirne in the west and that they hope to get a good result in the shortest time.

He explained that Turkey is considering obtaining loans and financing channels inside and outside Turkey, because the final agreement is not signed that’s why Turkey is still considering other financial options to finance the project.

The minister also said that Turkey is currently working to expand its investments in ports, which will strengthen Turkey’s current position as a regional and continental shipping center. He also expressed his hope that these ports will become part of the Silk Road Initiative for the 21st Century.