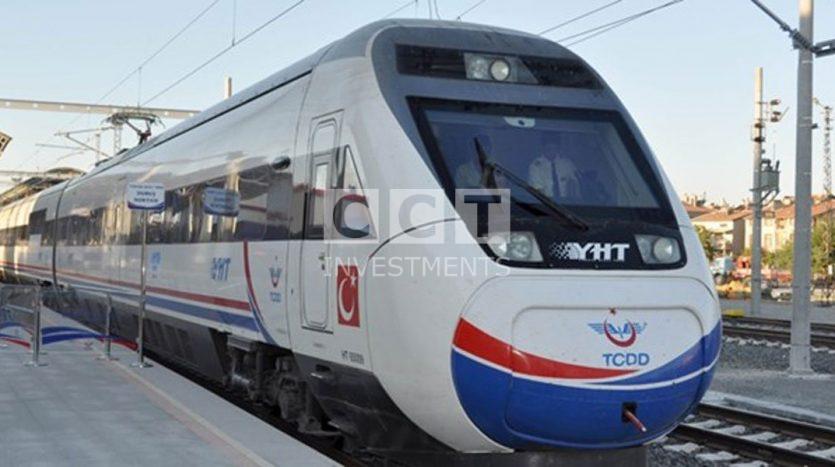 Funding has been granted for 10 fast trains linking the Turkish capital Ankara with Istanbul city and that was by the CEO Council of the Islamic Development Bank, where the value of it was approximately 312 million euros.

According to a statement issued by the bank, the goals of the project is to increase the number of fast trains in Turkey and to develop the high-speed rail grid in the country and to modernize the traditional rail grid.

With a top speed of up to 300 km per hour, the duration of travel between Istanbul and Ankara is expected to become three hours instead of seven hours.

It is expected from this project that it will provide high economic benefits in the medium and long term, these benefits include improving income and increasing the employment opportunities in addition to transfer of passenger traffic between Ankara and Istanbul from transport through the normal routes to transport by rails, which is characterized by modernity and efficiency.

The financial support provided by the Islamic Bank corresponds with the Turkish government’s program, which includes developing the high-speed trains’ grid and increasing the share of the transport of passengers’ rails between the main cities.

The Islamic Development Bank was constructed in 1975, the multilateral and the follower to the Organization of Islamic Cooperation in Saudi Arabia in order to promote economic development and social progress of its member countries and Muslim communities in non-member countries in accordance with Islamic financial principles.

More than 9 billion $ is the worth of the total financing of the Islamic Bank provided to Turkey since it was established, where in the past year the value of the total funding reached to 1.8 billion $, making the Islamic Development Bank Group as one of the development partners in Turkey.

These financial funds of the bank are divided into several fields including infrastructure sectors, hospitals, roads, and clean energy projects and also support the Islamic finance industry.