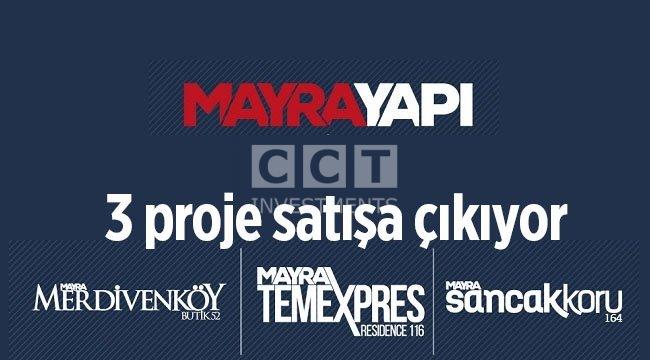 Three residential projects have been launched in Istanbul by a Saudi group in cooperation with a Turkish company specialized in building technology, in light of the high demand for the real estate market in Turkey by investors from Arab countries and the rest of the world.

Mayra’s residential projects in Istanbul (Mayra Tem Express, Mayra Sancakkoru and Mayra Merdivenköy) were the result of cooperation between the Saudi Group for Investment Alwaleed and the Turkish Construction Technology Company Mayra.

Through a press conference held in Istanbul recently, the laying of the foundation stone for the three projects has been announced, according to the newspaper Riyadh. The conference was attended by Ziad bin Abdul Aziz Al-Rashoud, Vice Chairman of the Turkish Real Estate Company Mayra and General Manager Atillah Yilmaz, in a large presence of media from Turkey and the Kingdom.

During the press conference, Al-Rashoud stressed that Turkey is one of the best countries to attract real estate investment due to its tourism and strong economy as well as the facilities provided by the Turkish government to support investors and encourage them to invest in Turkey.

Al-Rashoud believes that these three projects will be a real addition to real estate projects in Turkey, because Mayra company seeks to spread happiness among people by offering modern and safe construction projects.

The Mayra Sancakkoru Project is located in the Sancaktepe area in the European section of Istanbul. It consists of 3 buildings which their height ranges between 15-17 and 18 floors and containing 168 apartments. The apartment areas range from 112 to 134 square meters.

The Mayra Tem Express project is located in the Basin Koy area of the European side of Istanbul and has been built within a large park. The project consists of two buildings 15-17 floors and contains 116 apartments ranging between 112-134 square meters