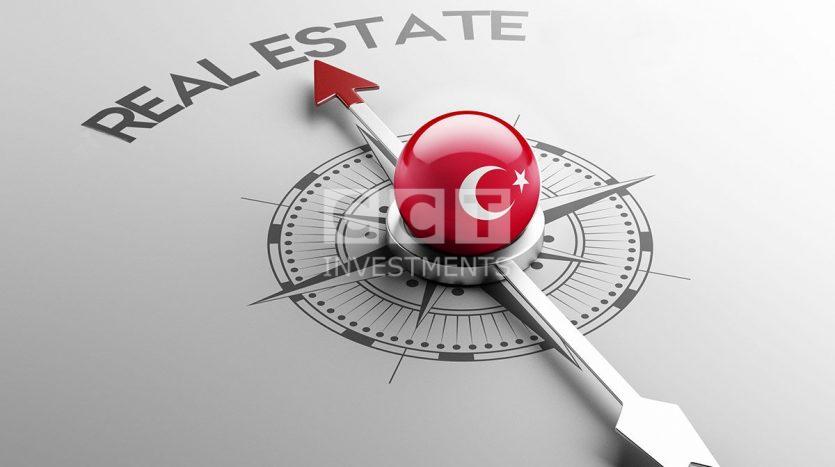 Turkey these days is seeing a lot of development in property sales for foreigners. Which have raised almost 40% than they year 2014. Just in the first months of this year, over 8000 units were sold for foreigners, 2611 in Istanbul, 2252 in Antalya, compared to 5000 units in the same period last year. In that period of 2014 sales have already increased by 48% than 2013, which indicated a great Turkish property leap.

This rapid increase is due to the 2012 law, which made it easier for foreigner to buy, where now the citizen of 183 countries are allowed to buy, taking into consideration some conditions.

Some of these countries include Syria, Armenia, and Northern Korea, their citizens can’t purchase a property here, plus some other countries which have direct borders with Turkey, like Iran, Georgia, Iraq and Bulgaria, aren’t allowed to own lands or properties in the areas close to the borders, the same goes for Greece, as they are not also allowed to buy in 26 coastal states, where as they can easily in any other state.

In addition to that, a lot of citizens from around the world are allowed to buy, including gulf countries, United States, Britain, Canada, and most of the Europe zone countries, Morocco, Lebanon, brazil, Argentina, and Turkmenistan. And for the citizens of china, India and Philippines and Iraq are only allowed to purchase a property after they get a permission from the ministry of interior affairs That is all for individuals, as for foreign companies, they have different conditions.

After the law was passed in 2012, British citizens are the most ones that bought, around 35.000 people bought properties. After that comes Russians, Germans, Irish, Danish, Dutch, Swedish and Iraqis. Iraqis specifically increased their purchased due to the bad situations in Iraq. Especially that the capitals of Iraq started looking for new places to invest, and with the strong ties with Turkey, they became most buying citizens last year.

According to this law, any foreigner aren’t allowed to buy more than 30 acres, second the property not to be in a military zone, and third any foreigner is not entitled to buy villages in the countryside, which are scattered in the heart of Anatolia.

On the other hand, this law gives the ultimate right for owning a property for foreign companies, including the countries which its citizens aren’t allowed to buy. For example, most Syrians have established companies in Turkey, and this past year they established more than 30% of the total new economic projects, most of them are restaurants. The law here considers the company as foreign if its stocks are not less than 49% of the total stocks.

This year haven’t ended yet to know the exact numbers of total property sales, but it’s expected to hit a new record, especially after the elections and economic stability. Only in the first quarter of 2015, the total sales have reached half billion dollars, and expected to reach 5 billion by the beginning of 2016. Compared to 2014 it was around 4.3 billion dollars.

The real estates’ booming will continue. Some people see that this will turn Istanbul to the London of the Middle East, increasing the prices for Turkish citizens. This ascending pattern is decentralized, meaning the sales expands different states or the big city, unlike Britain for example. This indicates that this booming won’t have a big effect on Turkish people, especially that the economy is undergoing rapid development.