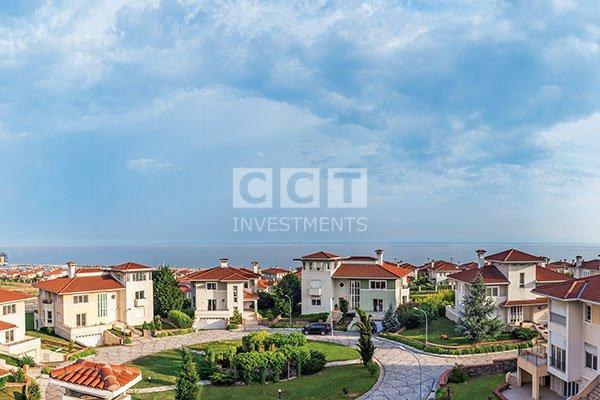 Beylikduzu district is one of the regions with the fastest rising values for property investments and one of the most important districts of Istanbul in terms of economic values. It is a district located north of Marmara Sea, south of Esenyurt, east of Busukcekmece and west of Avcılar.

Ambarlı Port, located on the south eastern part of this district, is the largest container port in Turkey. Coppersmith’s Industrial Complex and Marble Producers Industrial Complex are other important economical features. Each year, many events take place in Tüyap and Congress Organization Centre including book fairs, construction equipment fairs consequently causing many domestic and foreign visitors to travel around.

Beylikduzu is the one of the most cosmopolitan districts of Istanbul, thus hosting of different cultures of Turkey together with people from other countries. Beylikduzu matches the European cities with its high green space per person. The green space is over 10M² per person in Beylikduzu. Almost in every street and avenue trees are planted at equal distance; making the whole neighborhood as an open-air museum. The construction of the botanical park in the huge valley between Adnan Kahveci and Cumhuriyet neighbourhood is still going on. Istanbul Seafood Wholesale Market Hall in Kumkapı (in historical peninsula) is planned to be established in its new and bigger complex in Beylikduzu.

As for the transportation, Choices of public transportation are very rich for the area. Access to the region became easier with the extension of the Metrobüs line to Beylikduzu. Metrobüs operates 24 hours so it is possible to go to Beylikduzu directly from the downtown anytime. It takes approximately 60 minutes by Metrobus to go to Mecidiyeköy – Zincirlikuyu (Istanbul downtown) from Beylikduzu. In addition to Metrobus there are express public buses going directly to Beylikduzu from Taksim square and vice versa. 145T collects its passengers from Cumhuriyet, Barış and Büyükşehir neighbourhoods of Beylikduzu and goes to Taksim using the highway. 145M collects its passengers from Adnan Kahveci neighbourhood and Esenyurt Cumhuriyet neighbourhood and goes to Taksim by getting on the highway.

Since Beylikduzu is developed around the E-5 highway it is also possible to take any public bus that comes from Bakırköy or Yenibosna and goes towards Büyükçekmece direction. In the following months a construction of a subway line between Beylikduzu and Bakırkoy will begin.  Later on from Bakırköy it will be connected to Yenikapı transfer station. It is 13 kilometers from Beylikduzu to Atatürk International Airport. Beylikduzu is connected to the TEM highway with Hadıköy and Esenyurt service roads. For these reasons and more Beylikduzu is a great choice for those who wants to buy a property for their personal use as vacation house or for investments.

Hotel Apartments for Sale
How to Set Up Company