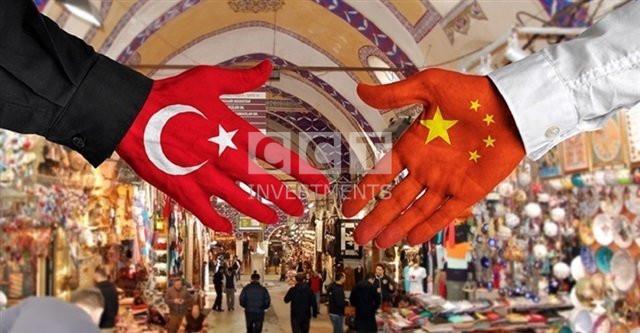 Many Chinese businessmen, headed by the billionaire Jack Ma, the founder of the famous Alibaba website, have been traveling to Turkey for several purposes, mainly supporting the Turkish economy, supporting trade between Turkey and China, seeking new investment opportunities and launching joint investment projects between public and private sectors. It is noteworthy that most of these investors range in wealth between 15 billion and 30 billion dollars, where the billionaire Jack Ma has a successful online business group and he is the first Chinese-Asian businessman appeared on the cover of Forbes magazine. He also served as the CEO of the Alibaba Group that he founded, which has the famous AliExpress website.

China’s citizens and business men are among the largest investors outside their country. This is what drives most countries to attract Chinese investors. Turkey is one of these countries, benefiting from the trends of China with its economic plan to link China with Europe, Asia, North Africa and the Middle East. Makes China ready in the coming years to pump billions of dollars into Turkey.

The Turkish Investment and Investment Promotion Agency announced that the number of Chinese companies operating in Turkey will double by 2021, especially in the fields of infrastructure, energy, technology, investment, chemical industries and of course real estate development. What distinguishes Chinese investments in real estate that they do not prefer to invest in one place but in several places. They usually buy or sell real estate in several states in Turkey. They can buy apartments in Istanbul and on the other hand they buy villas in Trabzon, confirming the importance of their investments in Turkey. Turkish real estate sales are expected to increase this year.

As part of the Global Belt and Road Initiative, China plans to invest billions of dollars in Turkey in the coming years.

China spends more than 20 billion dollars annually, making it the largest investor of foreign properties in the world. Turkey is part of China’s investment plan.

Following Portugal’s gold visa program, which allows foreigners to buy property worth 500,000 euros (about 600,000 $) for their residency, many wealthy Chinese have benefited from it and moved to Portugal.