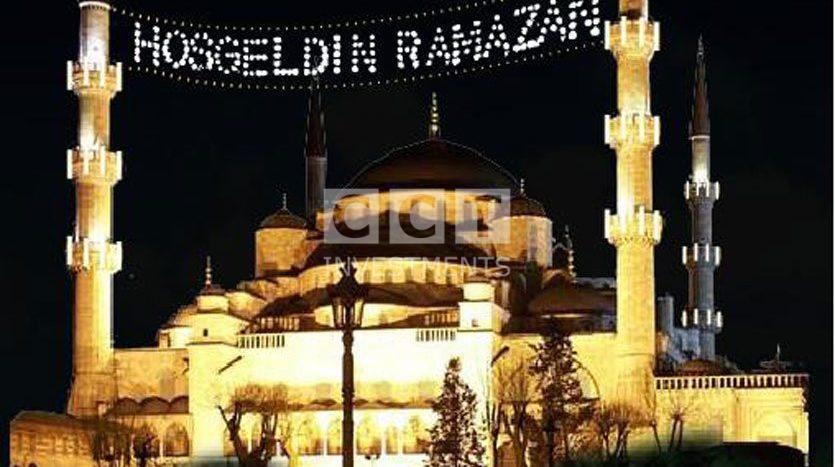 The manifestations of delight and joy prevail when the Turks celebrate the coming of Ramadan month, as is the case with all Muslim peoples around the world.

Istanbul considered as an Islamic symbol for Turkish people, it was the headquarters of the Islamic Caliphate for more than five centuries. It is also famous for its numerous mosques and Islamic landmarks. In this holy month Quran is read on a daily basis in the Topkapi Palace, without any interruption of the day and night.

With the beginning of the holy month of Ramadan, all minarets all over Turkey lighted since Maghreb prayer until dawn prayer.

By the time of Maghreb some cannons fire a few shots and then it followed by the Maghreb pray in the mosques. After breakfast ends, everybody hurry towards the mosques to perform the evening prayers and Taraweeh prayers.

Tasabeeh prayer also is one of the things that the Turks kept in the last days of this month or at the feast night. As for al-Qadr night, it has special importance where they read some religious jingles.

As known for the Turkish people that regularly read Quran during the month of Ramadan, where Muslims divide the soorahs of the Quran among themselves and at the end of the month, they go to a mosque and pray and then followed by a small religious ceremony.

Charitable people and money owners in association with charities are doing every day of Ramadan, the so-called “mawaid Ramadan” which are open buffet, for the poor and those who are in need. These tables are held usually in public places. They are also distribute candy and drinks to children participating in “Taraweeh prayers” after they complete it.

In government offices, the work hours does not have any change, even some fasters will be on their way home while Maghreb time is. Because of the length of work period; while private employment sectors reduces the amount of work an hour or so.

People usually begin their breakfast on dates and cheese, before they eat the main meal. The soup is the most important and present food on the Turkish table, in addition to some famous dishes in the Turkish House. The special food for this month, is the bread that is called (Beida); this bread is also very popular during Ramadan, so that people are lining up in lines over the furnaces for hours before breakfast to get this bread, which opens the appetite, and make you forget the tiredness of fasting.

Qatayef and Kunafa considered as the most common types of sweets, had by the Turks during this holy month. Perhaps it is useful to conclude our conversation about Turkish cuisine by saying that the Turkish people are the most Islamic nations that enjoys a distinct type of food and drinks.

The nights of Ramadan, especially in Istanbul, some are white and some are red; they are in two directions: one sees in these nights a chance for worshiping and obedience, and spent them between this and that; and another direction, see it as pleasure and joy, spent them by cafes, called (reading homes) or in the role of entertainment, where musical instruments stringed, like aoud, kanon, Violin; and some non-stringed instruments.

The 65th Turkish Government
Dumping a Plane for Tourism