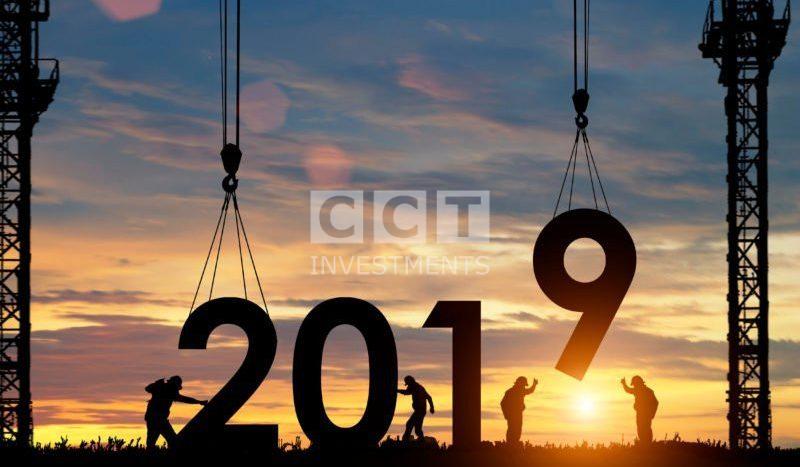 Real Estate Market in 2019 in Turkey

Several real estate companies and real estate developers in Turkey have announced their expectation on the real estate market in Turkey 2019 by discussing the developments in this important sector.

We as CCT Investments observed these predictions and followed the growth of real estate market closely in order to bring the right image of real estate market in Tukey 2019 for our foreign investors. However, we need to take into consideration the market growth in 2018 because predictions become real when we base it on the previous year growth and actions as many changes had happened in the sector in 2018. For this reason we had to go backward and understand deeply how the situation and the reality of real estate market was in 2018 and what triggers this sector to become the main destination for foreign investors.

Exchange rate of the Turkish currency

Turkey has in recent years been one of the fastest- growing economies in the world, even surpassed economic giants China and India last year. But during the year 2018 Turkey had experienced several economic changes and pressure that affected the exchange rate of the Turkish currency against the other currencies. These changes have led to a slight impact on the demand in the local market between July and November last year. While on the other hand, Real estate sales has increased and even doubled in some months for foreigners compared to statistics in 2017.

According to our statistics in the previous years, sales has been sharply increased and more foreigners are able to buy properties in Turkey and even pay all amount in cash without concerns because of the many temptations and incentives granted during the past period.

Moreover, the second half of 2018 witnessed a lot of developments in terms of government’s decisions and amendments to some resolutions to reach maximum encouragement initiatives undertaken by some Turkish construction companies from attractive discounts that reached up to 20% discount on the prices of the properties.

Turkish domestic demand for property purchase had rose in December, particularly by Turkish citizens who lives outside Turkey mostly in Europe, in addition to Gulf and Iraqi buyers whose flow to Turkey in order to take advantage of the exchange rate of the Turkish currency. As such, over the past year foreigner sales not only increased for Arabs but also for Iranian buyers and many nationalities.

Real estate developers and real estate investors in Turkey are aware of the fact that they have made a quantum leap in Real estate. The offers on properties for sale has been increased after reforms carried out by the Turkish government in 2012 as they abolished reciprocity as a first step, this also has increased the flux of Arabs and foreign investors.

The investment facilities provided by the Turkish government for foreigners giving them the chance to obtain the Turkish citizenship buy investing only $ 250.000 played a big role in attracting the Arab communities that made Turkey is the main destination for investing their capital knowing they will gain many advantages in the future. General satisfaction of the Arab community has been clearly noticed by experts.

The Turkish citizenship is considered to be an important incentive for the foreigner who wish to own a property in Turkey. It exempts him from many essential conditions that foreigners are subjected to obey it.  It also allows him to travel between a large number of countries that do not require a Visa for Turkish passport holders.

Why Turkey’s real estate sector will continue to rise in 2019?

Bringing all the curtains down, we can take a quick look at the statistics of the change in real estate prices in Turkey during the last two years, we can clearly see significant changes in the level of the Turkish economy, it was like an “economic war” However, the real estate sector in Turkey has maintained an advanced level of sales. The motives and reasons that the real estate sector has maintained to attract foreign investors still exist, especially the Turkish Nationality Law for foreigners in return for purchasing a property in Turkey worth 250 thousand US dollars , also the high exchange rate of Turkish currency eased to many nationalities to have their dream home in Turkey.