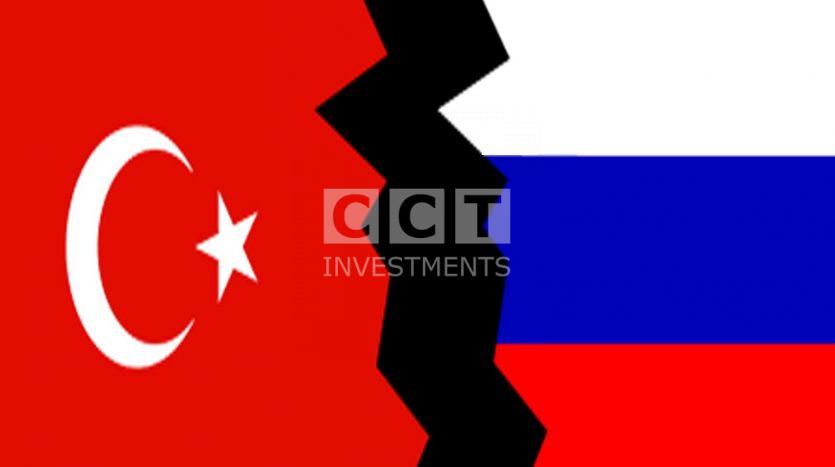 Many sectors in Turkey are now looking for new alternative markets, to compensate the potential loses after Russia’s announcement of a number of economic sanctions imposed on Turkey, after the incident of the plane shot that violated Turkish air space last November. It’s very possible that Europe’s, and Far East, Africa, and South America will be the new targeted markets.

Russia’s announcement of these sanctions starting in the coming January, will include a ban on number of the fresh fruits and vegetables they import from Turkey, like, tomatoes, onions, broccoli, cucumbers, plus oranges, apples, pears, strawberries and grapes.

The value of these goods exceeds 750 million USD of imports, and the fruit and vegetable exports to Russia exceeds 1 billion and 270 million USD, where now Turkey will put into its local markets and some of eastern Europe’s and Far East markets.

Some Turkish experts in the white meat sector suggested that the Russian market is not very important to them and that they can compensate for these loses in different sectors like, textile, clothing and leather, by exporting to other countries.

It is expected that the revenue loss due to the decreased number of Russian tourist as will be replaced by focusing on those coming from Europe, and that the cancellation of the visa between Turkey and the union will increase these numbers as well.

The alternative are ready regarding imports:

As for Turkey imports from Russia, sun flower seeds oil is on the top of the list of imported goods. The revenue of these exports during last October reached a total of 601 million USD, this number equals to 41% of the total Turkish imports of oils, which are about 1 billion and 465 million USD.

In this context, the chairman of the Vegetables oils Industries Association, Taher Guler said that “Russia is not the only county they can import the vegetable oil from”, and that “we know that Ukraine and Russian are one of the most important countries to import from, but we can supply the market here from different countries as well, like Ukraine, Bulgaria, Romania, and Argentina”

The grain sector as well occupies an important role in the trade relations between Russia and Turkey. The total revenue of this good exports from Russian reached 718 million USD till last October, which equals almost half of the total Turkey’s grain imports, that amounts for 1 billion and 446 million USD.