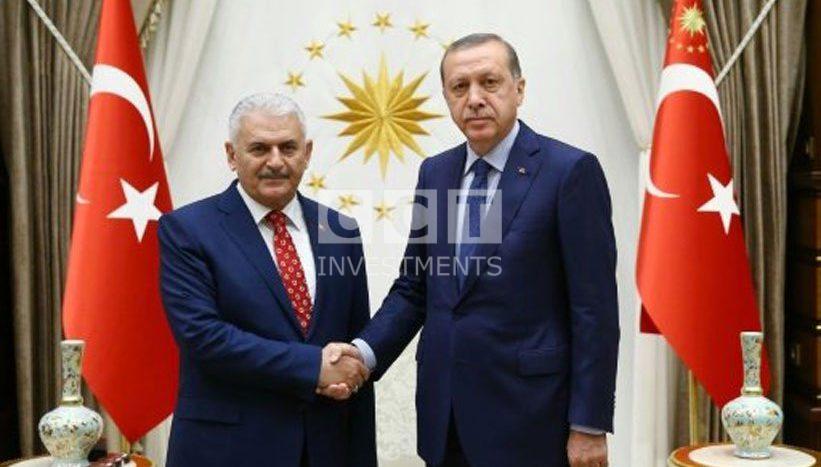 The new head of the Justice and Development Party Binali Yildirim tasked to form the 65th government of Turkey and that was by the Turkish President Recep Tayyip Erdogan, after the resignation of the government of Ahmet Davutoglu.

The Turkish President met with Yildirim in the presidential compound in Ankara, and in this meeting he tasked him to form the new government. Erdogan also expressed his wishes for the success of the new head of government.

Thus Yildirim will be the third president of The Justice and Development Party after the first President Erdogan and Davutoglu the second.

Last Tuesday, Binali Yildirim announced his cabinet, after the approval by the President of the Turkish Republic.

It has been keeping some of ministers from the previous government, as there are some new names in the new government formation as advertised.

Through the new government program we can know some of the basic functions of the government in the coming years.

Below we mention the most important points contained in the government’s program:

1-The fight against terrorism:

The Prime Minister explained that the fight against terrorism will continue resolutely against all terrorist organizations.

2-Welfare of the people:

Yildirim explained that when reaching the year 2023, which means 100 years ago on the founding of the Turkish Republic, the changes that will take place in several fields such as education, the economy and the justice system will put Turkey in a row of high-income countries and will take the highest level in the field of human evolution

The Prime Minister explained that in the new constitution there will be expansion in the political circle, and the laws of political parties and elections will be renewed, and there will be full arbitration of the people rather than custody, and there will be setting up a new internal system of the Council of the Turkish nation.

The Prime Minister announced that his new government will intensify its cooperation with Iran, and will continue to work to normalize the relations with Russia.

Yildirim explained that in the coming period their goals will focus on creating more jobs and that by activating the investment platform. And he stressed that the future of the state is for young people, and added that one of his government’s goals is making the minimum age of being nominated for election is 18 years.