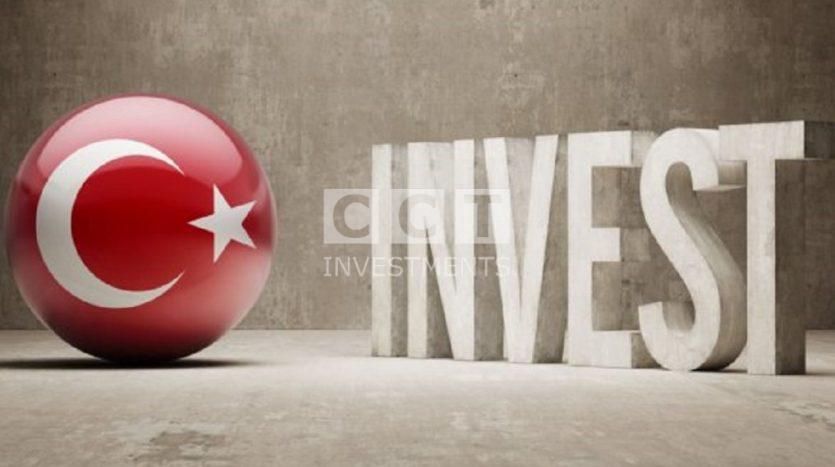 The Advantages of Future of Investment in Turkey

With the aspiration of Turkey to become a global great power in 2023, not absent from the country’s leadership eyes that the main driver of this trend is the economy, and Turkey has put in its foreign policy to achieve the greatest possible international economic partnerships that promote the expansion of Turkish exports which makes economic growth the primary motivation, a development index of the country economically.

Despite the political and economic unstable conditions that have occurred in Turkey in 2015, including the first parliamentary elections, which did not lead to the formation of a government, which begun to worry primarily of foreign investment, which considered the political stability is its healthy environment, but the re-election and the formation of a government headed by party AKP, a party that has seen years of its economic development is known to all, restored investor confidence in the Turkish economy, and has witnessed growth in 2015 at a rate of 4%, according to Turkish statistics authority.

It is noteworthy that the Turkish economy grew by 2.9% in 2014, while the total value of gross domestic product amounted to 798 billion and 400 million dollars.

Forecasts indicate that the Turkish economy will witness this year the largest growth of up to 5% of his plans to strengthen the financial dependence on the domestic market and reduce the level of imports, adding to optimism to bypass the internal and external crisis that Turkey faced last year.

Where Turkish Economy Minister Mehmet Simsek on January 11 of this year, announced that the expected growth rate this year of 5%, and this consistent with the announcement of the General Director of the government Bank “Ziraat” Hussain Aydin beginning of this year, in which he stressed that the expected growth rate for 2016 may exceed 4%, while the unemployment rate will drop to 10%.

The Turkish expert in economic affairs Erdal Karagol sees “that the primary determinant of economic performance evaluation is the proportion of domestic consumption compared to export abroad, stressing that the improvement in economic indicators back to the confidence to rely on domestic production.” He adds, “The increase exports and reduce imports leads to a reduction in the current account deficit, And it will have clear implications in the expected growth rate. ” the economic expert did not reduce the political influence on the performance of the local economy indicators factors, stressing that “that lower tension inside the country that entered the stabilization phase after November’s election, promises to increase the minimum wage and the recovery of Investment environment and increase exports, which will be reflected in the growth rate of the economy”.

Investment in Turkey includes a wide range of fields, from infrastructure to real estate, and various industries. One of the main Advantages of investing in Turkey that private Investment legislation touted as easily and compliance with international standards, and more importantly, achieve equal treatment of all investors.

Within the Investment in real estate it is important to note that the trend of rapid urbanization prevailing in the major cities of population growth plays a vital role in increasing the size of the urban renewal projects and operations renovation of houses. It is estimated that about 6.7 million units in nationwide will be demolished and rebuilt over the next 20 years, Which is equivalent to an average value of $ 334,000 in one year. There will be a requirement to about 44 billion Turkish lira (15 billion US dollars) to fund urban renewal projects per year will be no Turkish investor alone in this investment, has opened the Investment law in Turkey to citizens of 183 countries door towards Investment and thus foreign gives a successful Investment opportunity to contribute to this architectural activity. And the intervention of a number of Arab countries, especially the Gulf countries within the permitted states to their citizens to buy property in Turkey.

There is another field in renewed constantly, which are hotels, where there are in Turkey, more than 165 hotel chains, and owns more than 15% of those hotels by international investors, and there are still a gap between supply and demand, the supply does not meet the needs of the growing tourism in Turkey.

There is a group of factors about Turkey, starting with location that links between continents and turned into a major energy corridor, and the possibilities of Turkey available with an ambitious vision for the year 2023, include the goal of access to the national output of 2 trillion dollars and has major projects, including urban renewal, as well as commercial and industrial production projects makes them a chance great for investors looking for an economic horizon is clear and thoughtful zones.