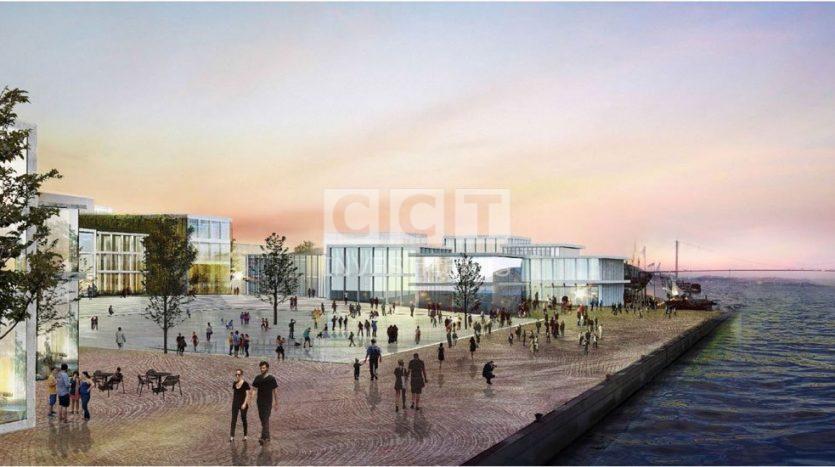 After steadfastness for centuries as a gate to the sea and its location in a sensitive area in Istanbul, the port of Galata with the new project recovers many functions and adds a value to Istanbul city as a tourist, commercial and cultural center.

In the partnership between Doğuş Holding Group and BLG Gayrimenkul Yatırımları ve Ticaret Galataport project was established which takes an important place in the tourism investment of Doğuş group, which has 81 of the shares of the project.

The project extends over an area of 1.2 km where the construction area will be 151.66 square meters and there will be an open space of 100,000 square meters, and the existing old buildings will be renovated harmoniously taking into account the original forms of them and they will get the new functions.

At present the coast of Galata port is not opened to the entry of people who lived in Istanbul because it is considered as a customs zone, but upon completion of the new project, then both residents and tourists in Istanbul will benefit the available resources for 24 hours throughout the year.

After the establishment of the project there will be hotels and shopping centers, restaurants, bars and fast food restaurants and office space and places for exhibitions and art museum and all kinds of souvenir shops and parking.

Of the most important steps in establishing this project is to be completed in the fourth quarter of 2018, contributing to the opening of the coast to all people, where it is currently closed until the completion of the project.

Construction work on the project will acquire in the speed this year and the project will progress dramatically due to getting record levels of credit from six large banks in Turkey which will be used in financing the project.

1 billion and 20 million euros is the allocated amount for use in the construction activities of the Galataport project as part of the agreement of financing the project over 14 years between the Doğuş Group and Bilgili Holding. With this funding for the project will be significantly contribute to Turkey’s regional and total economy during this period.