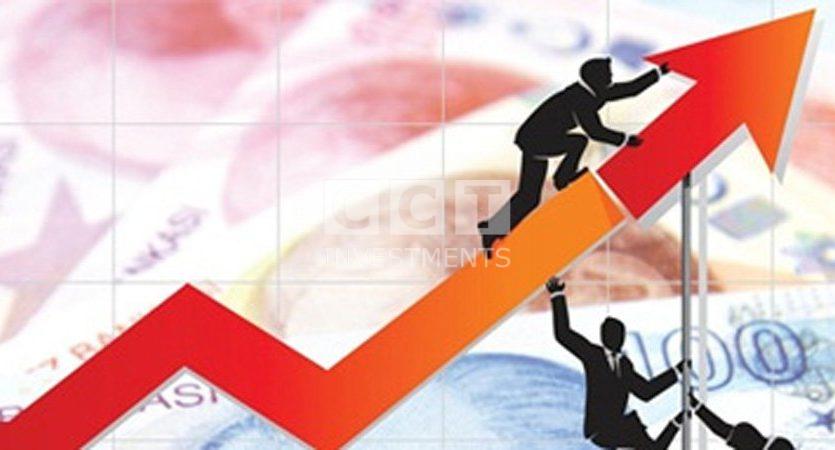 The Growth of The Turkish Economy in 2015

The Turkish economy Kept at the level of growth over the last year, which exceeded all economic circles expectations, although usually the electoral benefits give negative effects on the country’s economy, and despite the recent disputes that happened with Russia which led to the suspension of many joint ventures, and despite terrorist acts that happened in the neighborhoods, and despite the uncertainty which is hanging over the global economy. Turkish economy has achieved remarkable progress in growth last year which exceeded the largest EU country’s growth.

In 2015, many of the developments happened which set the path of the Turkish economy at the global level. And the most important developments are: Decline in oil prices, the US Treasury’s decision to raise the interest rates, the recession which hit the Chinese economy, as well as regional developments emanating from the Syrian crisis, and the escalation of political tension with Russia and the growing spread of terrorist organizations, as well as both elections that happened in Turkey.

Of course it has affected the security and political developments that have occurred in the region over the last year on the Turkish economy, where the government re-consider a number of economic goals.

On the day that followed the announcement of the results elections November 1st, Istanbul stock exchange rose 5.40 percent, while the value of the companies rose in the markets in a single day by 30 billion Turkish Lira, which is equivalent to 10 billion US D.

Turkish currency also recovered against foreign currencies, especially against the dollar, while the dollar was equivalent to 3 Turkish lira before November 1st elections, Turkish currency improved within one day to advance to 2.79 lira against the dollar. With the proliferation of the political stability following November 1st elections, the consumer confidence index rose in November by 22.9 percent, compared to a month before October, where is this rise consider as a record for the consumer confidence index.

Turkey announced an economic program which determines the path of the economy of the country over the next four years last October, while the government has set a target growth for 2015 at the borders of 4 percent, the ratio reduced by one degree, where the government’s goal became to achieve the growth rate of 3 percent through 2016, as well as the Turkish government announced that it would seek to maintain the rate of inflation in the new year at the borders of 7.6 percent, while it will seek to export materials and products to reach the total value of 143 billion $, and it is expected to stabilize the unemployment rate in the new year at 10.5 percent.

Despite the reduction of the Turkish government to the growth rate from 4 percent to 3 percent, the economic statistics for rates of growth during the last quarter of 2015 indicate that the Turkish economy continues to grow, despite all the difficulties and regional conditions deteriorating, where during the last quarter of last year the Turkish economy grew exceeded the growth that has been achieved in a number of European countries and the euro zone

The stated numbers reflected positively on the Turkish domestic market, the overall budget deficit fell to 38.1 billion $, and this figure is the lowest since the last five years.