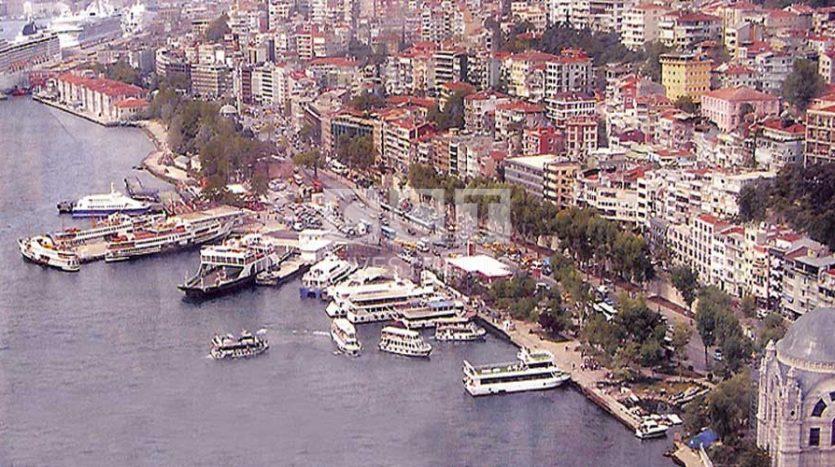 As Istanbul Municipality stated, and in the preparation for the starting of the marine corridor project which cross the Bosphorus, The beach of Kabatas neighborhood for marine navigation will be closed on 28 July.

Kabatas port will be fully renewed, and it is known that on a daily basis it is witnessing the movement of thousands of ships full of passengers to take them to the Asian side and to nearby islands and to Bursa city.

The news of closing the port will be unpleasant for many travelers who shorten time by the ships which go to Kabatas, but this closure will be the beginning of a major project includes a pedestrian tunnel under the water.

As Istanbul governor “Kadir Tobash” had announced the project on last April, and explained that it would be possible to go from Kabatas to Uskudar on the Asian side completely under water.

He did not disclose many details of the project, but some of media revealed that the long distance will be covered with pedestrian paths along the tunnel

The Municipality has also stated that a pedestrian tunnel in Kabatas won’t be the only project, but also a field will be built on an area of 83 thousand square meters and also the shipyards will be the renewed and there will be a tunnel linking the regions of Findakly and Doulmh bahce to help ease the traffic crisis in the region.

There will be also a large parking lot, galleries, museums and exhibitions in the new Kabatas Square.

There will be changes in the paths of ships trips until the end of the project, where ships transporting passengers between Kabatas and Kadikoy and princesses Islands will switch to Besiktas and katep Chalabi in Eminonu.

The ships trips subsidiary of IDO will be converted to Besiktas and Yeni Kabi and for the affiliate’s BUDO ships will be transferred to the nearby port of Karakoy, and the marina that hosts cruise ships will be closed and will switch ships to Karakoy marina.

It is also planned to merge the metro lines which deployed in the city in the new meeting point in Kabatas.