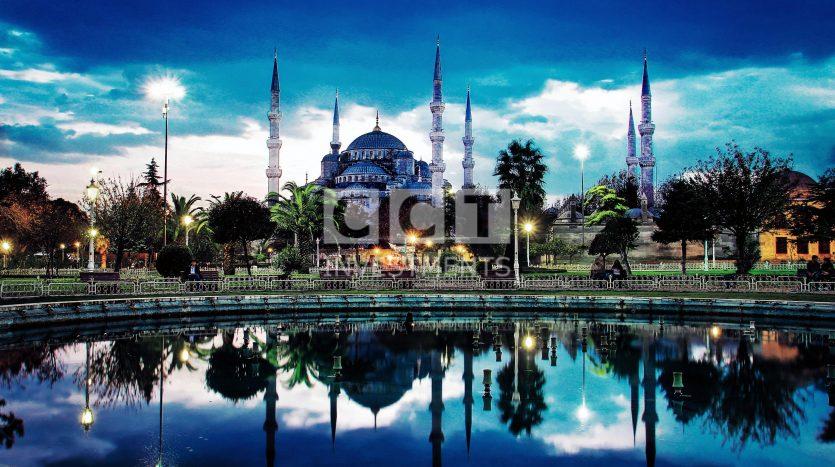 Top 10 Places to Visit in Istanbul

Istanbul strait is a water passage connecting the Black sea and Marmara Sea, dividing Istanbul to two halves, one in Asia and the other in Europe. Considered one of the most historical places of Turkey, which plays a big role in the introduction of the beauty and history of Istanbul.

On the shore, there are many ancient palaces, like Topkapi, Ciragan, Beylerbeyi, and Adile Sultan palaces.

Hagia Sofia mosque is considered one of the prominent example of the greatness of Byzantine architecture and Ottoman decorations.

Hagia Sofia church was built in 537 AD, by the Byzantine emperor Justinian the first, it took about 5 years to be finished, and it remained as a church for about 916 years, until the conquest of Constantinople by the Ottoman Sultan “Mehmed Fatih” in 1453 AD. Where the ottomans turned it into a mosque, and it remained so for 481 years, then turning it into a museum in 1943 by Mustafa Kamal Ataturk

Also known as the covered or closed market, built in 1455 AD by the Ottoman sultan Muhammed the first, then expanded and renovated by Sultan Suleiman, which is now considered one of the oldest closed markets.

It has 18 doors, stretching over 60 streets, and containing around 3000 shops, where the visitor may feel they are in a maze. It has a variety of products to buy, including some gold and jewelry shops, and leather, or for traditional Turkish sweets, like Turkish Lokum, and many others.

Miniaturk is considered an example of the magnificent Turkish architecture, though out the history, it contains miniature models for the historical monuments and modern buildings in Turkey.

Located close to the Golden Horn, expanding over 60.000 m2, Miniaturk is one of the biggest miniature parks in the world. It has 58 models of Istanbul’s structure, and another 52 of the Anatolian, like Kucuksu palace, and Saint Antoine Church, Bosporus Bridge, and another 12 miniatures located outside Turkey, like Muhammed Ali Mosque in Cairo and Dome of the Rock in Jerusalem.

They are located near Istanbul, in the middle of Marmara Sea, consisting of 9 islands, big and small ones, of a total size of 15 km2.

It is said that the Islands were an exile for the princesses in Byzantine times, and because it’s away from the city’s traffic, it became like a resort to them. Princesses Islands are considered the main destination for tourist in the summer, where the sea is calm, and the wind is chill, but in winter time, it would be hard to reach due to the sea conditions.

Also known as the Blue Mosque, considered one of the most famous and biggest mosques of Istanbul, and the Islamic world. Built in 1616 AD, during the ruling time of Ahmad the First.

What distinguishes the mosque is its great Ottoman architecture, consisting of one big dome, eight small ones and six minarets. It also features beautiful walls covered with blue ceramic tiles, over 21.000 pieces were used.

To mark the anniversary of the Conquest of Constantine by Sultan Mehmed Fatih in 1453 AD. The Turkish government in 2009 opened the doors of this museum in Topkapi in Istanbul.

Built in 1843 and took 13 years to finish, this palace is seen as one of the most amazing monuments of Istanbul, and an attraction point for tourist from around the world.

It is located on the European side, in Besiktas, consisting of 285 rooms, 43 sitting rooms, 6 Turkish baths, combining all together the oriental and western architecture.

The name dolmabahce means stuffed garden, as the floor which it was built on was a natural harbor, and was stuffed and filled with dirt to be a special garden for sultans at the beginning of the 17th century.

It was opened for public in 1924, and it attracts as well many visitors throughout the year, and UNESCO has put it in the list of the world heritage.

It was built of brown stones, consisting of numerous suits, like the sultan’s mother, the office of the sultan and one for each of the sultan’s wives, plus a small museum for the gifts to the sultan, and a square for celebrations.

Located in Istanbul near Ortakoy, one of the most visited sites of Istanbul for tourists. They have a great view of the Bosphorus, and inner paths to walk in for visitors during the day. And inside there are many cafes and restaurants, serving the best Turkish cuisine, with a stunning view for a better appetite.