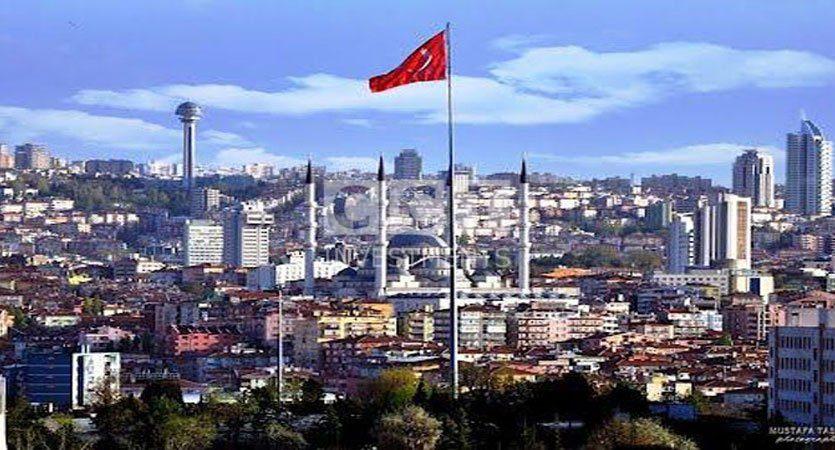 After the establishing of the Turkish Republic in 1923 by Mustafa Kemal Ataturk, he moved of the capital from Istanbul to Ankara. At that time Ankara were not a big city, where the population was about 60,000 people

Even though Ankara is a very old city and rich with historical sites, it is still not full with tourists as much as Istanbul, Antalya and Cappadocia. But if you really want to see the history and culture of Turkey, you must visit the capital Ankara, it worthy of a visit to each city in it.

What can be seen in Ankara?

All the historical sites are located in the old section of Ankara city, named “Ulus”, and the modern section they are called “Kizilay”. In this article we will introduce you to some of the sites that are recommended to visit in Ankara:

One of Turkey’s modern landmarks, is located in the modern part of the city, it was built in Mustafa Kemal Ataturk honor 15 years after his death in 1953. The mausoleum consists of three sections, the first section is the lion track, with a length of 262 meters and on each side of its aspects you see a twelve statue of lions aligned. Lion track leads a path to the second section of the mausoleum, a celebration Square. The third section is the main building of the shrine, you can find the tomb which is surrounded with pots filled with soil collected from all Turkish provinces. Near the shrine, there is a museum displays personal belongings of Mustafa Kemal Ataturk.

It is one of the major attractions in Ankara, and is one of the richest museums in the world. Featuring a unique collection of exhibits that have been collected from all over the Anatolia Museum (Asia Minor), and also contains a collection of statues dated back to the Hittite civilization, it is considered as the largest group in the world, in addition to that the museum contain stones groups since the Neolithic and Bronze Ages and of course many other monuments that dated back for all the civilizations that lived in the region of Anatolia.

Is the oldest mosque in Ankara, dating back more than six centuries, where the mosque was built in the middle of the fifteenth century, inside the Mosque  the tomb of Haci Bayram is located. And during the reign of Emperor Augustus a common wall with the Church of Rome and Augustus was build.

Located close by Haci Bayram Mosque. The church was built in the first century in the reign of Emperor Augustus, and it is worth mentioning that in this period Ankara was declared as the capital of the Romanian province Galata.

Romanian spas entrances are located in Çankırı Street. Spas were built in the third century under the guidance of the Emperor Karakali and Doctor Asclepius. The spa size is 80 × 130 meters

The museum was founded in 1925 and it is the first museum to be inaugurated after the proclamation of the Republic, the museum includes a set of basic material on the era of Seljuk and Ottoman periods, these materials sheds light on the daily life of those people and the various folk traditions and crafts.

The museum is located in the yard of Ulus, it reflects the facts of the independence war in images and documents form. And it considered to be the first Parliament of the Turkish Republic.