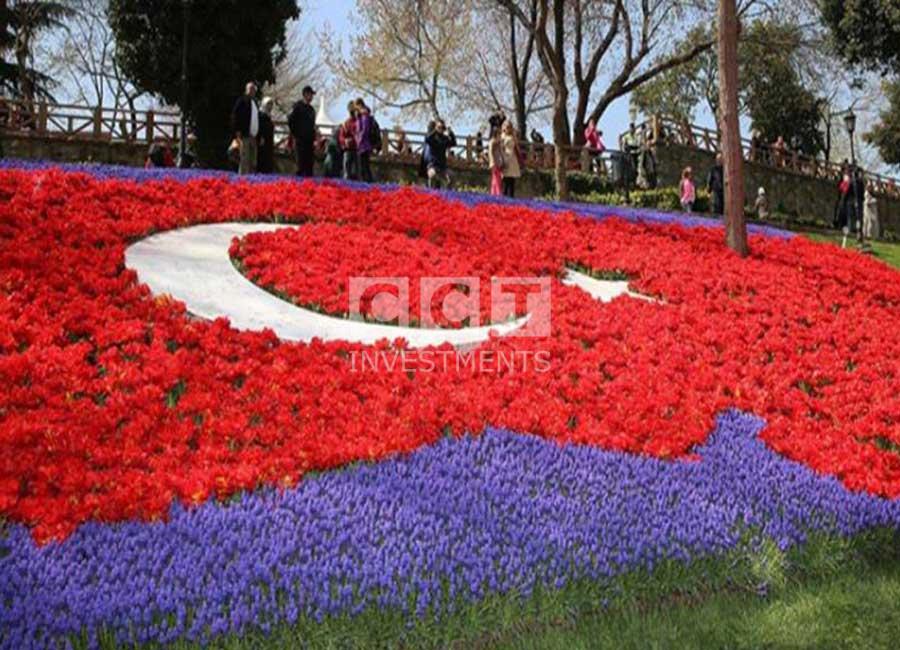 The Turkish Tulip, “Lale” is a part of the Ottoman and Turkish culture and civilization, and it has an official and popular great interest all over Turkey by establishing the annual Tulip festival in Istanbul city and this year is the eleventh year for this beautiful festival. Where it is planted millions of tulips in all the gardens and yards of Istanbul with bright and different colors which increase the charm of Istanbul city.

The Tulip flower has a great importance to Turkey, where it had come with the Turks from their original homes from Central Asia to Anatolia, and then spread from the Ottoman Empire to Europe during the sixteenth century. In the period between 1718 to 1730 this Ottoman period called in that time The Tulips era as peace has prevailed in the country after the signing of the treaty with the Austrian empire, thus opening the way for interest in other things such as the arts and the planting of Tulips had flourished then dramatically in Istanbul and new types of Tulips were produced.

Tulip flowers are many types and colors, almost 200 kind are grown in Turkey where they are planted in different villages and cities in Turkey and then be transported to cities and offered for sale. Tulips have the admiration of millions of people in many different countries. 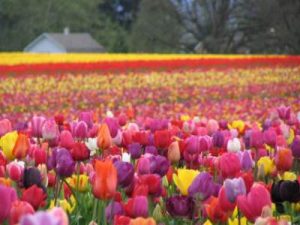 Istanbul has got ready for the launch of the annual Tulip Festival and has planted 30 million tulips in most of the parks and streets of the city which is characterized by the abundance of green spaces in it.

The early rise in temperatures above the annual average aimed to open the tulip flowers before their time, forcing the crews of the municipality of Istanbul who are specialized to watering tulips flowers with cold water in order to postpone the date of their opening to the festival time

Within the festival activities which lasts to the end of the current April, many of the events and activities will be held which include seminars, live shows and selling models and drawings for tulips, exhibitions and contest for the best photograph of the flower, and all these activities will be distributed in each of the Emirgan Park, Sultan Ahmet Square, and the two gardens in Kadikoy and Gulhane. And for the second time in a row the tulip carpet will decorate Sultan ahmet, consisting of 563 thousand flowers and an area of 1728 square meters. 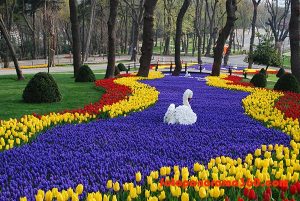 And also from the live performances in this festival some Turkish music bands in addition to many Ebro, glass-blowing and calligraphy artists who’ll present their work, as well as sport events and display photos and drawings. Also the Women’s Coordination Center of Istanbul Municipality will also participate in the festival by displaying silk fabrics and other studded with crystals

The first tulip festival was held in 2005 and then it was planted 600 thousand Tulip in Istanbul, and in 2009 that number increased to 9.3 million at a cost of about one million $, while in 2014, the number of flowers that were planted reached to 20 million estimated cost of 2.35 million $. In the last year, Istanbul city has been spruced up to 30 million tulips within the activities of the Tenth International Festival conducted by the municipality the city of Istanbul, which is continuously seeks to cultivate large areas of the city with trees and flowers along the streets and public parks afforestation.

صمود الاقتصاد التركي
The Advantages of Future of Investment in Turkey