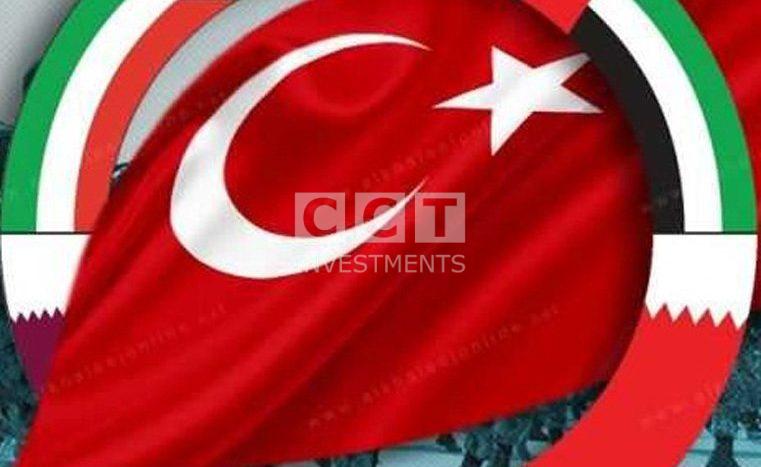 The activities of the second Gulf Turkish Economic Forum will be launched in the first two days of next November, according to the Associated Chambers of the Gulf Cooperation Council (GCC). Where this forum aims to strengthen economic relations between the GCC and Turkey, and work to increase the volume of trade exchange.

The Secretary General of the Federation of Gulf Cooperation Council (GCC) Abdul Rahman Naki said that the Forum convened by the Union with the Chamber of Commerce and Industry of Bahrain and the Turkish Union of Chambers and Commodities seeks to strengthen the communication between the Gulf and the Turks as well as marketing investment and business opportunities available to the two parties.

The first forum of the Gulf countries and Turkey has met success in Istanbul during the period between fifth and seventh of February 2012. With The participation of 500 businessmen and businesswomen from the Gulf Cooperation Council (GCC) and from many sectors and their counterparts from Turkey.

one of The objectives of the Second Forum was to strengthen economic ties between the Turkish and Gulf institutional investors besides giving the investment opportunities definition to the investors who would like to invest in Turkey’s and meet the women and men of work and also to meet some officials from both sides, as the Forum aims to promote and activate the role of the private sector to remove all the obstacles that stand in the march of the diversify of Gulf investments abroad.

Gulf countries and Turkish relationship has shown a development in all fields as “Naki” added, especially the economic ones, plus the Gulf States are permanently seeking to take advantage of successful experiences like the Turkish one and this is reflected positively on the development of economic relations between these countries.

Where the value of trade between the Gulf States and Turkey increased from approximately $ 1.4 billion in 2002 to about 15 billion in 2014 and the volume of investment flows to Turkey from the Gulf countries reached $ 2.9 billion between 2010 and 2014.

“Naki” Said that imported goods to the UAE from Turkey reached 3.3% of total Turkish exports and Saudi Arabia have reached to about 2.1%, mostly of consumer goods, clothing, glass and textiles. While the Turkish oil received from Saudi Arabia reached about 10% of the total oil imports in 2014 and ranked third after Iraq and Iran.

Adding that most of the Gulf investments held in Turkey are by the private investment sector from the Gulf, such as Doha Qatar Bank and Dubai’s Towers and Emaar al Emirates and many other.

He also added that the construction projects carried out by some Turkish companies in the golf countries are about $ 35 billion in 2014, including 12.5 billion in Saudi Arabia, and 9 billion in the UAE and 110 billion in Qatar.

In addition to the presence of lots of Gulf banks in Turkey, such as Burgan bank and Al Baraka bank and KFH of Kuwait and others.