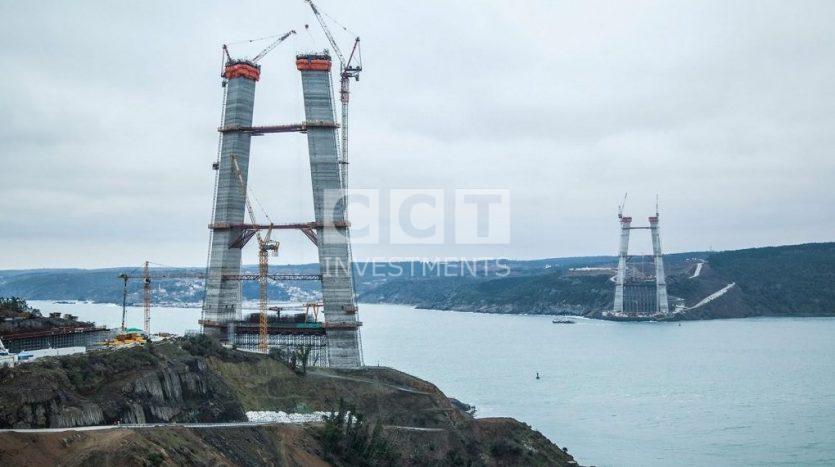 The construction of the third bridge on the Bosphorus began on May 2013 and it is expected to be finished by the end of 2015.  It is located in Garipce / Sarıyer which is in the north part of the city. The bridge is not only going to be used only as motorway but also as railway which is different compared to other two bridges.

The bridge is part of the projected 260 km long Northern Marmara Motorway and will be the biggest motorway/railway bridge of the world when completed. It is expected that around 135.000 vehicles daily will be using the bridge.

The name of the bridge is expected to be Yavuz Sultan Selim bridge as it was announced so by state president of the time Abdullah Gul.

Total length of the bridge will be 2164 meters whereas its width is 58,4 meters and its height is 321,9 meters. It will have four motorway lanes and one railway line in each direction. The total cost of the construction is forecasted as 4.5 billion USD.