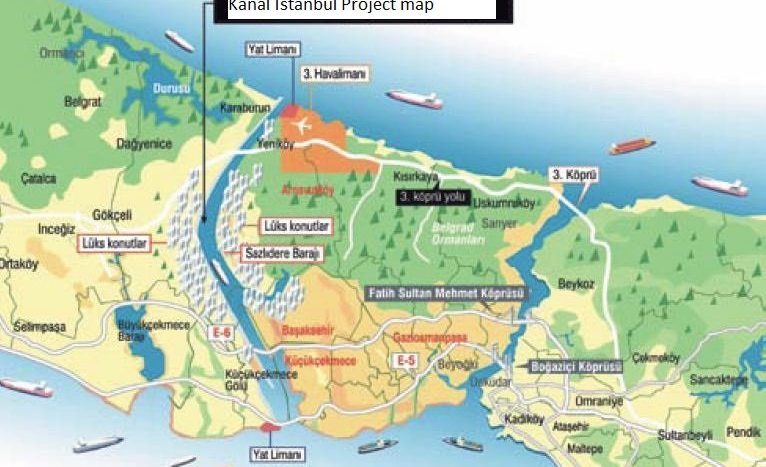 Canal Istanbul is the artificial sea-level waterway that will connect Marmara sea and Black sea from the west side of Istanbul which is also seen as the crazy mega project of the Turkish government.

The purpose given by the government for this project was to reduce the existing traffic and to avoid the risk of tankers in Bosphorus. Whether some people are against and some are with this huge project, this is going to change a lot of balances in Istanbul’s real estate market as well.

Project’s cost is forecasted as 10 billion Dollars and the duration will take years as the government is aiming to complete it before the 100th anniversary of Turkish Republic which is 2023.

There are many rumors about the exact location of the canal but it is almost clear that it will be on the west side of the city. Most probably, it will connect with one of the lakes which are Buyukcekmece and Kucukcekmece lakes.

West side of Istanbul is currently booming because of the high demand from both the developers and investors’ interest in the area. Many of the international buyers invest in west side of the city and already had some appreciations since their buying in that area. Considering the underground metro which is coming to these areas next years, the new airport and the canal project that are planned also,  west side of Istanbul is seen as the best investment opportunity for real estate market in Istanbul at the moment.