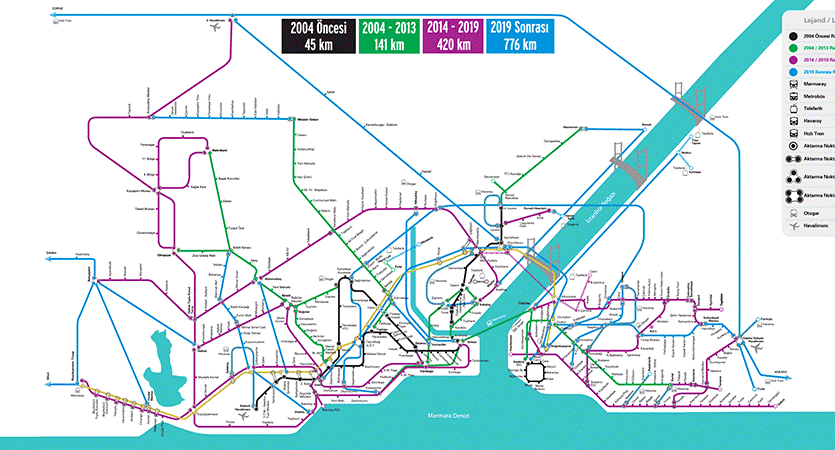 Due to notable city growth and increasing population in Istanbul, the government has seen it a must to have a master metro plan in Istanbul. For the last 10 years Istanbul has increased its railways for 100 km more and has reached to 141 km railway length.

In 2004 for, Istanbul had only 45 km length railways system whereas only %8.6 of the public transportation were made by railway systems. As a result the increasing population had to use highway transportation and so caused the traffic to be the major problem in daily life in Istanbul.

Municipality of Istanbul has big goals for 100th anniversary of Turkish republic and one of them is the master metro plan. The railway system network is expected to reach to 641 km length in 2023 and this will be meeting %72.7 of the needed public transportation in Istanbul. The city will have 943 metros, 120 trams, 46 monorails, 148 train by that time.

The effects of this master metro plan to real estate sector in Istanbul cannot surely be underestimated. In many new areas of the city, general prices will go up between %50 – %100 for only this subject as expected even before metro reaches to these areas. For that reason, many investors have already started investing in areas of Istanbul where there is no existing metro stations.