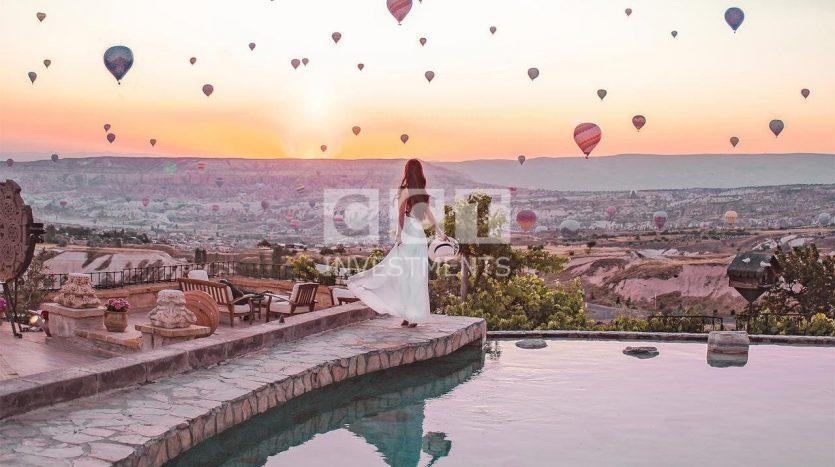 Turkey is Crowded with Tourists on Eid al-Adha Holiday

Turkey has a magical mix between the picturesque nature which contains wonderful tourist facilities and modernity and the technological cities and services which distinguishes it from the rest of the world, it also has many important monuments and distinctive cultural centers of course.

This great country has been able to record its mark in the world of tourism, Turkey has gained sixth place among the most tourism countries in the world where it was able to attract millions and millions of tourists to visit and spend their holidays, where figures show that nearly 35 million tourists chose Turkey as their tourist destination this year.

And as always, the holiday period in Turkey is the busiest. Turkey is full of tourists and foreigners, especially if this holiday happens to be in the summer, among the most visited areas during Eid al-Adha holiday this year we will mention the following:

The historical and touristic area of ​​Cappadocia has witnessed a great turnout of tourists for Eid al-Adha holiday, the town located in the central province of Nevsehir and famous for its underground cities and “devil’s tables” which are formed due to erosion factors. Mustafa Dormaz, President of the Cooperative Association for the Development of Tourism, said that Cappadocia is witnessing a high turnout of tourists during Eid Al-Adha holiday and that the movement of tourism there is very active, as the percentage of hotels used during the Eid has exceeded 80%.

In Cappadocia, where tourists enjoy flying in the sky with air balloons over the plains and magnificent terrain, and the photographic enthusiasts enjoy the observation of these balloons flying in the sky, forming a painting of nature

Moreover, tourists can engage in many amazing activities, such as horse riding, shepherd riding on the sand, as well as to visit popular places.

The coast of the beautiful city of Mugla, which is located in the northwest of Turkey, is full of tourists not only foreigners but also locals who want to spend their time with their families during Eid Al-Adha holiday where all the beaches of the city filled with thousands of local and foreign tourists who came from all over the world to relax on The bright shores of the Black Sea, and tourists enjoy stretches and sunbathing on the golden sands of the beach under the sun, while others choose to play and do marine sports.

The city of “Pamukkale” or as tourists like to call “white paradise”, which is located in the state of “Denizli” in western Turkey, has witnessed a huge demand by foreign tourists and local during the holiday of Eid al-Adha, where this wonderful city is a tourist center in addition to being Therapeutic center, which is inscribed on the UNESCO World Heritage List.

The number of tourists this year has been excellent, thousands of foreign and local tourists flocked to enjoy the scenery and springs with white drawers, they spend their time taking memorial photos and enjoy the mud baths, and the old baths they intended for recreation and treatment.