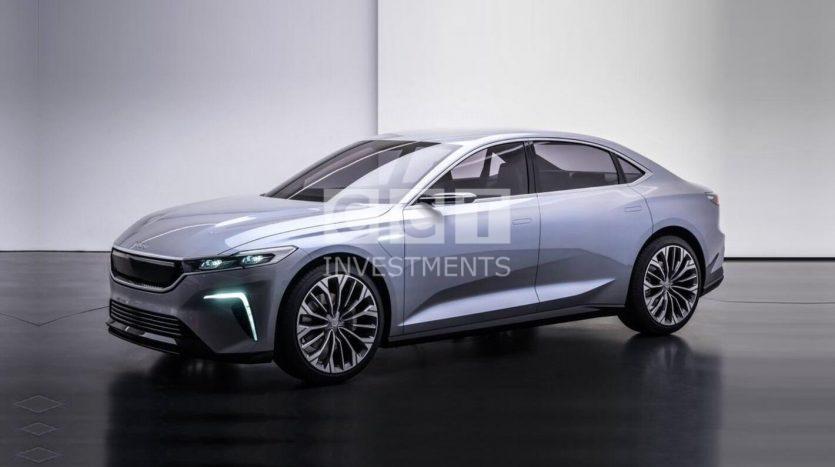 In the presence of a group of important political and economic figures in Turkey, headed by President Recep Tayyip Erogan, the first homemade Turkish electric car was officially announced on December 27 of 2019, during a large ceremony organized by TOGG Group for auto projects in Kocaeli province in Turkey.

The dream turned into reality

The electric car was generally defined during a ceremony, as the car was manufactured with pure Turkish technologies, and it works with a self-control system and was provided with a permanent system of communication with the Internet, and was designed to meet the needs of the Turkish community, its desires and requirements, through a large statistical study that preceded the implementation of the project.

The Turkish president drove the first model of the Turkish electric car and said: “Turkey is witnessing a historic day after its dream turned into reality after 60 years, during the presentation of the first two models of the local Turkish car for the first time.”

The President also talked about the great effort made by Turkish engineers to accomplish the local car project, and said: “We always aspire to own a car made with the efforts of our designers and engineers, and produced with local technologies and technologies, this car will hear the whole world in the name of Turkey.”

The President also continued: “Our national electric car is environmentally friendly, as the car will not pollute the environment completely, because it will work without emissions completely, and the intellectual and industrial property we have is entirely in our possession.”

President Erdogan also said that a qualitative leap in the economic sector has been achieved by investing in infrastructure, and that the volume of car production in Turkey has increased to more than 1.5 million cars.

It was also decided at 14:53 to launch the car in relation to the year 1453, which was the Ottoman conquest of Istanbul. Also, the first video about the car was published at 19:23 due to the anniversary of the founding of the Turkish Republic in 1923.

The factory dedicated to producing this type of car will be in Bursa and with the full support of the Turkish government, according to a decision issued by the President of the Republic Recep Tayyip Erdogan, where the marketing authority indicated that the state will provide government insurance with an exemption from consumption tax and value added for a period of 10 years.

The project of producing the electric car in Turkey will be through 3 stages during 15 years and the total investment value of its production amounted to 22 billion Turkish liras, as it is expected to contribute to strengthening the country’s economy by 50 billion euros and works to reduce the current account deficit by 7 billion euros, in addition to provide thousands of job opportunities for the engineers on the project.

It is planned that the start of serial production of the car will be in the year 2022, according to the information of the Marketing and Display Authority, and after two or three years that it will open to foreign markets, especially the European Union markets.

The local car is scheduled to enter the market at first with the electric SUV model, which is a compact family car category, and then raised the number of models to 5 in subsequent years.