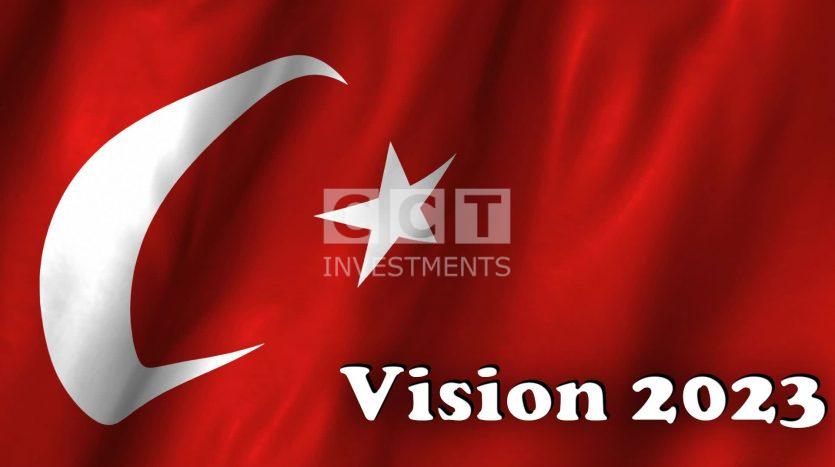 Turkey’s 2023 vision is without a doubt one of the most important economic project on going in this century, which will significantly contribute to the economic face of Turkey, and make it a decision maker worldwide. 2023 vision is a project to the development of the Turkish economy, it was announced by President Recep Tayyip Erdogan during his campaign for the presidency, and after his winning in 2014.

This project is adopted by the ruling party in Turkey AKP, aiming for the development of Turkey in many aspects, by 2023 the 100 year anniversary of the founding of the Turkish Republic. These aspects include:

This Project is definitely huge, and it needs a lot of expertise, and plans for execution. Turkey already has the ability to do such project, especially since AKP started ruling in 2002. We can see a big difference since they started ruling, a lot of mentioned projects are being completed, for example, last year, Turkey was ranked number 6 globally in attracting tourists, and it took a big leap in local and international economy, plus the serious discussions with the EU as to join the EU and allow its citizens to enter the EU without a visa by the end of this year.

The main factors for this project to work are very simple which are political stability, linked and balanced economic policies, and expanding trade and world economy. These factors are now available in Turkey, and we can see how this project would work by comparing between other periods, for example from 2002 to 2008 we can see that the Turkish economy has elevated greatly compared to the period between 2009 to 2014, where it slowed down a bit due to some variables on the international scenes, and when we come to 2023 we can start comparing again on how this project have succeeded or failed.

This project 2023 vision will benefit greatly the Arab world, where it would lead to the increased volume of trade exchange between Turkey and the Arab world – Saudi and gulf countries in particular. As the Saudi government has chosen some Turkish companies to implement several rail ways projects between Mecca and Medina, that itself verifies a new stage of relations between the Turks and Saudis, which could lead to an alliance.