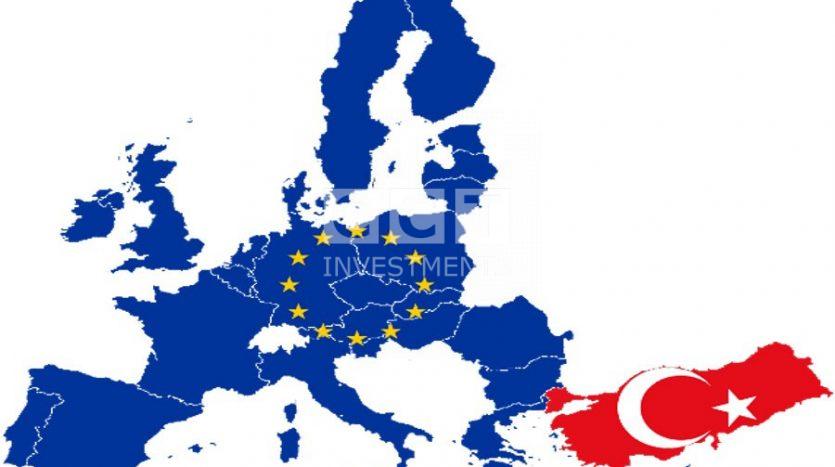 Turkey’s Accessetion to The European Union

We observed since the beginning of 2016 that the Turkish government is seeking to issue many new laws related to the imposition of visas to some countries, and all this came after the agreement that occurred between Turkey and the European Union in October of 2015, seeking to speed up the procedures for entering The Schengen area .

Where a newspaper reported that the Turkish government will cancel the exemption of visa agreement with 89 countries in June of this year, as part of the agreement reached by Turkey with the European Union to resolve the refugee crisis. The newspaper pointed out that the tourists who are wishing to visit Turkey and they are from the 89 countries which Turkey will cancel the exemption of visa agreement with, will need after the implementation of the resolution to take the visa to be able to enter Turkish territory, and among those countries that will be applied in the resolution, Iran and Russia. It was reported that under the agreement between Turkey and the European Union will work to speed up the procedures that will enable Turkish citizens from entering the Schengen countries, noting that the most important item of the terms of the agreement is to the European Union opens its doors to Turkey is that Turkey re-imposition of the visa system on the states which are required of the European Union visa.

For his part, “Timur Bayındır” the President of the Federation of investors said that this decision would reduce to a large number of tourists who come for Turkey, as it will affect one way or another on the spirit of competition in the field of tourism. And also he said at the meeting, which was held in the Turkish city Bursa: “The Ministry of Tourism and the Foreign Ministry as well as the European Union must take the necessary and studied steps in order to avoid and cut the decline in the number of tourists whom Turkey will witness by the implementation of the decision of canceling the exemption of the visa with 89 states, and it is possible to reach a conclusion in this regard.”

Below we review The Schengen countries that Turkish citizen will be able to enter them:

It is worth mentioning that there are six European countries belong to the European Union but not belonging to the area Schengen, namely: Bulgaria, Croatia, Cyprus, Romania, Ireland, and the United Kingdom. The first four States are obliged legally to join The Schengen area and they are seeking for it.