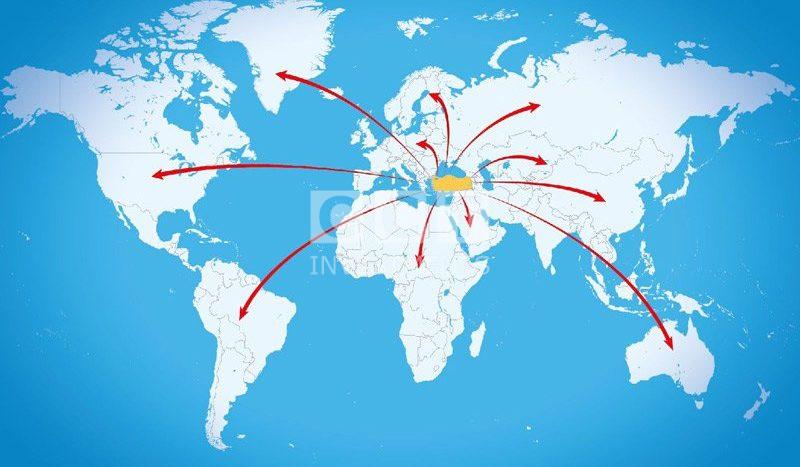 Turkish Exporters’ Assembly data showed that Turkey’s exports has increased in February for the first time in 14 months. Rising by 3.1 % Compared to the same period last year to reach 10 billion and 790 million dollars.

The exporters’ assembly data also reported that the first two months of this year witnessed a decline of 16.9% in exports, to reach 20 billion and $ 387 million, and with the end of February, 12 months, exports fell by 10.8 percent to reach 139 billion and 735 million dollars.

According to figures released by the Turkish Ministry of Customs and Trade, the total value of the exported material during the mentioned period reached 12 billion and 414 million US dollars.

The ministry also announced that the materials imported from abroad during the month of February of this year, saw a decline of 7.66 percent, compared with the same month last year, reaching the value of imported materials to 15 billion and 580 million countries.

With these numbers, the external trade deficiency of Turkey declined by 34.71 percent, to settle the figure at 3 billion and 166 million dollars.

Car manufacturing industry topped the list between other sectors, where exports amounted to one billion and 986 million dollars. As for air defense industry sector it achieved the largest increase in exports during the month of February, reaching a percentage of 41.4 %. This was followed by the production of ornamental plants sector, which increased by 24.3 %.

The chairman of the Turkish Exporters’ Assembly Mehmet Buyukeksi talked about the developments in the global economy where a severe decrease in the prices of goods, energy sources, and oil.

Buyukeksi stressed that the global economy has seen a decline of 11% according to a recent data released by the World Trade Organization. He said: “Our country was able to achieve an increase of 3.4% of exports in the fourth quarter of last year, despite the negative developments experienced by the world”.